A six-year-old child has been found alive after he was trapped in earthquake rubble for two days.

The boy, named Azka, became trapped after a 6.9 magnitude earthquake hit Indonesia and was stuck under rubble for two full days. 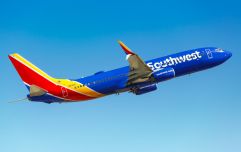 END_OF_DOCUMENT_TOKEN_TO_BE_REPLACED

Despite having no food or water, he survived - with rescuers removing him from the debris in a "miracle" operation.

The earthquake caused mass devastation in the town of Cianjur, West Java on Monday (21 November). A total of 271 people have been killed.

However, following the successful rescue, people now believe more survivors could be saved.

One rescuer told AFP: "Once we realised Azka was alive everybody broke into tears, including me.

"It was very moving, it felt like a miracle.”

The dramatic rescue has revived hopes that survivors could still be pulled alive from the wreckage days after the strong tremor killed at least 271 peoplehttps://t.co/mmoTOTVZKZ pic.twitter.com/VWAhfVINAw

The young boy was taken out of a destroyed property, believed to be his home. 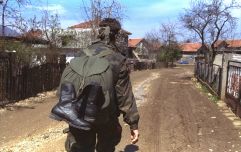 END_OF_DOCUMENT_TOKEN_TO_BE_REPLACED

Unfortunately, the six-year-old's mother passed away following the devastating earthquake.

His grandmother was also killed with her body being found close to the young boy during the rescue.

Rescuers admitted they did not think Azka was alive, saying the odds were against the young boy and that he was presumed dead given the devastation caused by the earthquake.

The team explained that he was saved by a wall that was holding up another collapsed wall.

The rescuer told AFP: "We didn’t expect him to still be alive after 48 hours, if we knew we would have tried harder the night before,” he said.

“For all the years since I became a volunteer, I’ve never seen anything like this. How can you not cry?”

popular
The JOE Friday Pub Quiz: Week 323
Simon Cowell concerns fans with appearance as they 'don't recognise him'
People are realising what the red Christmas lights are really for
Miss Croatia wears revealing outfit at World Cup game despite Qatar's dress code
Netflix has just added 30 big movies to its library
Parents told to stop buying selection boxes for kids- here's why
Orange is the New Black actor Brad William Henke dead aged 56
You may also like
5 days ago
Man fired for not being "fun" at work wins legal battle, nobody has to be fun now
1 week ago
Jonnie Irwin says he was "pushed" aside by A Place in the Sun following cancer diagnosis
1 week ago
Multiple people killed following shooting at American supermarket
1 week ago
Piers Morgan says it's "time to admit Brexit has been a disaster" and calls for second referendum
1 week ago
Five dead following mass shooting at gay nightclub in Colorado
1 week ago
Donald Trump Twitter ban lifted thanks to a very stupid reason
Next Page