Australian man found not guilty of murder of Tinder date

Warriena Wright died when she fell from the 14th floor of an apartment block in 2014.

Australian man Gable Tostee has been found not guilty of murder and manslaughter in relation to the death of New Zealand woman Warriena Wright in August 2014.

Wright, who was on holiday in Australia at the time, spent the night in Tostee’s apartment on the night of August 7, 2014 after arranging on Tinder a week earlier to meet him in a pub in the city of Gold Coast.

Wright and Tostee went back to his 14th floor apartment, where Wright plunged to her death from the balcony in the early hours of the morning.

WATCH: Gable Tostee has been found not guilty of murder and manslaughter after four days of deliberations at the Supreme Court #TenNews pic.twitter.com/b5uj3PrYAu

According to the Independent, an audio recording was played to the court in which the pair are heard arguing and Wright can be heard “threatening to destroy (Mr. Tostee’s) jaw”.

Wright was later heard screaming "Let me go home" to which Tostee replied: “I would, but you’ve been a bad girl.”

“You’re lucky I haven’t chucked you off my balcony. I should have never given you so much to drink,” Tostee was also heard to say in the audio recording.

“I’m gonna walk you out of this apartment just the way you are, you’re not going to collect any belongings. 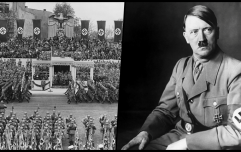 END_OF_DOCUMENT_TOKEN_TO_BE_REPLACED

“If you try to pull anything, I’ll knock you out."

Ms Wright was then heard to scream “No, no, no, no, no” in her final moments before falling to her death.

The prosecution argued that Mr. Tostee had left Ms. Wright in such a state of fear after locking her out on his balcony that she felt her only means of escape was climbing over the rail of the balcony.

The defence, meanwhile, argued that Mr. Tostee has used reasonable force to subdue Ms.Wright, who they said had become “increasingly erratic” after drinking for several hours.

After four days of deliberation, the jury found Mr. Tostee not guilty of murder and manslaughter and while he had nothing to say to assembled media afterwards, his lawyer said that his client was “looking forward to moving on with his life”.