The national standardised rent in Ireland has increased by just under €100 per month in just one year.

END_OF_DOCUMENT_TOKEN_TO_BE_REPLACED

The average monthly rent for new tenancies for every county in the Republic of Ireland can be seen in the table below. 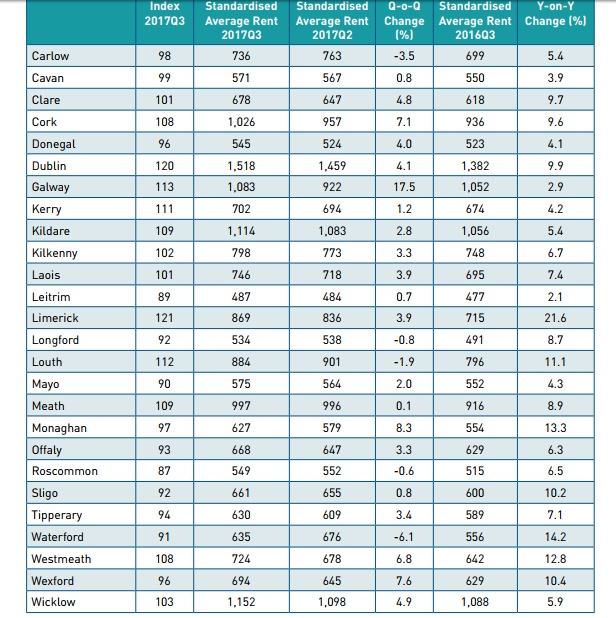 The RTB Rent Index is the most accurate and authoritative rent report of its kind on the private accommodation sector in Ireland, as it is based on data from all new tenancy agreements registered with the RTB nationally in the third quarter of 2017.

In total 29,528 new tenancies were registered in Q3 of 2017, an increase of over 6,000 registrations since the last quarter, although the RTB stress that rents are seasonal in nature so quarterly growth rates can display considerable volatility.