Not surprisingly, all the most expensive markets are in Dublin.

A new report has revealed that the cheapest property in Ireland is available to buy in Ballaghaderreen in Roscommon.

END_OF_DOCUMENT_TOKEN_TO_BE_REPLACED

This figure is up from €514 billion a year ago, a 1% increase, equating to a daily increase of €15 million. However, the report states that almost all of this increase has come from newly built homes added to the market.

The most expensive markets were located in Dublin including Ireland’s most expensive street, Temple Road, which had three properties trade for more than €2m, with an average price tag of €5.5m. 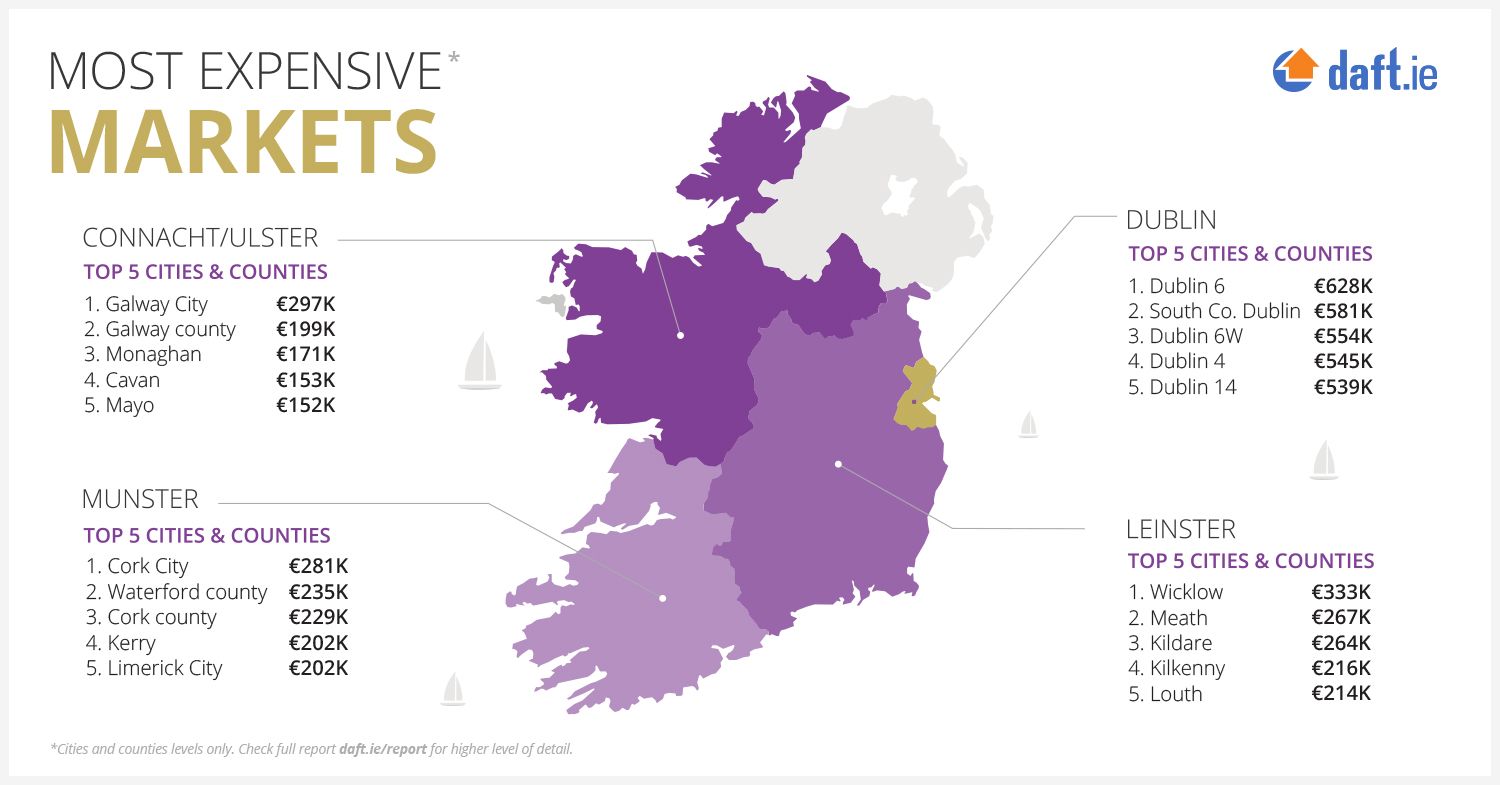 The most expensive area of Ireland is Dublin 6 where the average asking price for property is €628,076.

The highest concentration of property millionaires is in Dalkey with 276, followed by Ranelagh with 252 and Ballsbridge with 235.

Outside of the capital, Enniskerry in Wicklow is the most expensive market with average property values of €619,000.

The country’s cheapest housing market remains with Ballaghaderreen in Roscommon and is still the only market in the country where average property values remain below €100,000.

But finally, the most expensive listing in Ireland this year is the The Abbey Leix Estate, Abbeyleix, in Laois which is worth approximately €20 million.