Bars, restaurants and non-essential stores to close early in the Netherlands amid rising cases

It will be western Europe's first partial lockdown since the summer.

The Netherlands is set to impose a partial lockdown from this weekend in a bid to stop a surge in Covid-19 cases.

The news was reported by Dutch broadcaster NOS on Friday and means that bars, restaurants and non-essential stores will be ordered to close at 7pm for a period of at least three weeks. 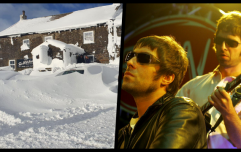 END_OF_DOCUMENT_TOKEN_TO_BE_REPLACED

In addition, the public will be urged to work from home as much as possible and there will be no fans allowed at sporting events for the coming weeks.

It's expected that after a partial lockdown of around two weeks, entrance to public places will be limited to people who have been fully vaccinated or have recently recovered from a coronavirus infection.

Caretaker Prime Minister Mark Rutte's cabinet are expected to make a final decision later today with the new measures set to be announced during a televised press conference at 6pm.

Pressure on hospitals in The Netherlands has increased in recent weeks due to a surge in Covid-19 cases in the country.

It's not the only country in the EU considering reintroducing some restrictions.

Austria has said it is days away from placing millions of unvaccinated people in lockdown.

In Germany, a series of measures to curb daily infections are being considered. These would restrict the right to go to a restaurant or to the movies to those who have been vaccinated against, or recovered from, Covid-19.

However, the measures stopped short of imposing further restrictions on the unvaccinated.

popular
The best memes from this year's Late Late Toy Show
The JOE Movie Quiz: Week 130
The Toy Show DJ brothers have been offered their very first gig
UK pub-goers snowed in with Oasis tribute band due to Storm Arwen
I'm A Celebrity contestants evacuated from set due to Storm Arwen
Omicron variant likely already in Ireland, says public health expert
QUIZ: Set Yourself Up with this General Knowledge Quiz
You may also like
23 hours ago
Two cases of new Omicron variant of Covid-19 detected in UK
1 day ago
Musical theatre legend Stephen Sondheim dies aged 91
2 days ago
First case of new Covid-19 variant in Europe detected in Belgium
4 days ago
New Zealand sets date to reopen to tourists after almost two years
5 days ago
At least 45 dead after bus crashes in flames in Bulgaria
1 week ago
Kyle Rittenhouse breaks silence after not guilty verdict
Next Page