The best hotels in Ireland have been revealed

Congratulations to all the winners. Visited any of these?

The Gold Medal Awards are the leading independent awards for the Irish hospitality industry. They recognise and celebrate the outstanding achievements of the hotel and catering sector throughout the country over the past 12 months. 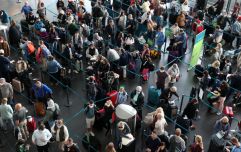 END_OF_DOCUMENT_TOKEN_TO_BE_REPLACED

Showing that Ireland’s reputation for famous hospitality stretches across the country, there was a strong regional spread amongst the winners.

After over 7,000 votes were counted, Castle Leslie Estate was crowned Ireland’s favourite place to stay. 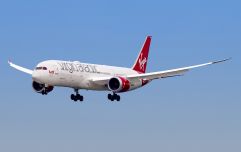 END_OF_DOCUMENT_TOKEN_TO_BE_REPLACED

Commenting on the winners, Katherine O’Riordan, Event Director, said: “Ireland is world famous as a haven for hospitality and a budding foodie nation so the calibre of winners is no surprise.

"The judges had a tough job narrowing down the entries to these 31 outstanding properties and it’s particularly great to see the standards of the hospitality industry are equally high across the country. I’d like to extend my congratulations to all the finalists and winners – Ireland’s reputation is in good hands.”

Congratulations to all the award winners; you can see the list in full below. 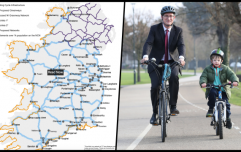 END_OF_DOCUMENT_TOKEN_TO_BE_REPLACED

popular
Released 30 years ago today, Alien 3 is not the worst movie in the franchise
QUIZ: If you get 15/15 in this General Knowledge quiz, give yourself a pat on the back
The JOE Movie Quiz: Week 155
An exciting Predator prequel and 6 more big trailers you might have missed this week
An '80s action classic is among the movies on TV tonight
QUIZ: Can you name every county in Ireland containing the letter 'O'?
You may also like
3 weeks ago
Two Irish beaches named among 40 of the best in Europe
3 weeks ago
Australia looks to tempt Irish working holidaymakers with €10 flights Down Under
1 month ago
Ireland's newest regional airline launches big recruitment drive, with staff travel privileges
1 month ago
Dublin Airport "returning to normal levels of staffing" over Easter weekend
1 month ago
British couple get on wrong Ryanair flight, go 800 miles in wrong direction
1 month ago
Dublin Airport issues public apology following lengthy security delays
Next Page