Bord na Móna has confirmed that it will make up to 430 employees redundant.

A voluntary redundancy programme is expected to be rolled out by the organisation soon, and the redundancies are expected to effect anywhere between 380 and 430 employees.

The redundancies come as a result of Ireland's decreasing reliance on fuels such as peat, a traditional source of energy in Ireland. 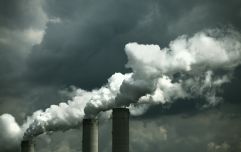 END_OF_DOCUMENT_TOKEN_TO_BE_REPLACED

It is not just peat farmers who will be affected by the redundancies — as Donnellan has also confirmed that some managerial and administrative workers can also expect to lose their jobs.

popular
Seven more suspected cases of unexplained hepatitis in Ireland under investigation
Netflix has just quietly added 12 big movies to its library
Gardaí investigating firearm being discharged near film set in Donegal
Amazon Prime Video has just added 21 big movies to its library
Has anyone seen Mr Tayto?
Dáil passes motion to secure public ownership of National Maternity Hospital site
Couple injured after alleged homophobic attack in Dublin
You may also like
6 months ago
WATCH: David Attenborough delivers emotional speech on climate emergency
6 months ago
Eamon Ryan: Carbon budgets "will require fundamental changes to Irish life"
7 months ago
Energy supplies in Ireland entering "very tight situation", says Eamon Ryan
8 months ago
Soft plastic packaging can now be put into Irish recycling bins
10 months ago
The 10 most common single-use plastic items found on beaches are now banned in Ireland
1 year ago
If you’re throwing out your old phone, TV or laptop, this is the correct way to do it
Next Page