Mayor of Boston Marty Walsh has encouraged a boycott of the St. Patrick’s Day parade in the city after OutVets, a group of gay and transgender military veterans, were banned from marching in it.

In a statement on Wednesday, Walsh said: “I will not tolerate discrimination in our city of any form. We are one Boston, which means we are a fully inclusive city. I will not be marching in the parade unless this is resolved. Anyone who values what our city stands for should do the same.” 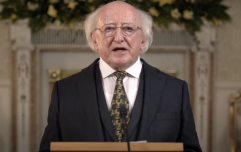 END_OF_DOCUMENT_TOKEN_TO_BE_REPLACED

According to the New York Times, a vote was taken by the parade organisers, the South Boston Allied War Veterans Council, on Tuesday night, with a nine to four margin in favour of excluding Outvets from the parade.

Founder of Outvets, Bryan Bishop, said he was told by organisers that a small rainbow patch that has been a part of Outvets logo since 2014 was found to be in violation of a code of conduct which “will not allow the advertisement or display of one’s sexual orientation as a topic that should in any way be depicted as a theme of our parade”. 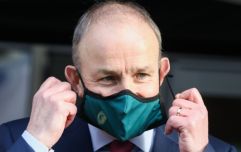 END_OF_DOCUMENT_TOKEN_TO_BE_REPLACED

Outvets marched in the Boston St. Patrick’s Day parade in 2015 and 2016 without controversy despite wearing the logo found to be in violation of the code of conduct.

As a result of the decision, Dan Magoon, the executive director of Massachusetts Fallen Heroes, resigned as the parade’s chief marshal while Governor Charlie Baker has also announced his intention to skip the parade.

Bryan Bishop said he was told that Outvets would only be allowed march in the parade if they removed the rainbow patch from their logo or did not display it during the parade, adding that organisers had complained that allowing OutVets to march had cost them support from the Roman Catholic Church.

popular
Ryanair steward arrested after being caught on camera drinking during flight
HSE team outlines potential symptoms of Monkeypox virus
People with many sexual partners need to watch out for monkeypox, says chief UK doctor
One of 2022's funniest movies has just been added to Netflix
QUIZ: If you get 15/15 in this General Knowledge quiz, give yourself a pat on the back
Coleen Rooney 'confident she's won' Wagatha Christie trial against Rebekah Vardy, according to reports
QUIZ: Can you name every county in Ireland containing the letter 'O'?
You may also like
2 months ago
WATCH: The official Derry Girls season 3 trailer is here just in time for Paddy's Day
2 months ago
Play this simple online game and WIN some tasty takeaway deals
2 months ago
Is your name Paddy? Here's how to get a free meal on St. Patrick's Day
3 months ago
Damien Dempsey and a host of other acts announced for four-day St Patrick's Day festival
1 year ago
16 people have been arrested so far in Dublin anti-lockdown protests
1 year ago
President Higgins calls for global solidarity against Covid-19 in St Patrick's Day message
Next Page