They have become the second country in the world to do so.

Back in July, the Canadian parliament has passed a bill to make Canada the first G7 country to allow the use of cannabis for recreational use. 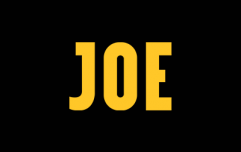 END_OF_DOCUMENT_TOKEN_TO_BE_REPLACED

And today, 17 October, marks the first day where it will be completely legalised for recreational use.

According to CNN, adults in Canada will be able to carry up to 30 grams of marijuana in public.

The drug will be treated similarly to alcohol, in that people younger than 18 will be unable to consume it legally.

Canada's Prime Minister Justin Trudeau took to Twitter to celebrate the news, while also claiming that the decision would stop marijuana getting into the hands of kids.

It’s been too easy for our kids to get marijuana - and for criminals to reap the profits. Today, we change that. Our plan to legalize & regulate marijuana just passed the Senate. #PromiseKept 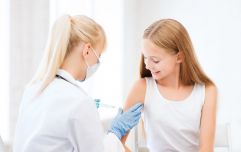 END_OF_DOCUMENT_TOKEN_TO_BE_REPLACED

The legalisation has been on Prime Minister Justin Trudeau's agenda since he was elected in 2015.

Cannabis has been legal in a number of areas in Canada already, mostly for medicinal purposes, but today marks the first time that it will be fully available for recreational use throughout the entire country.

In Ireland, The Green Party in Ireland have been determined to legalise cannabis for medicinal use for quite some time, but it doesn't look like there is any sign of the drug being readily available here just yet.

popular
Disney+ has just added 10 big movies to its library
Netflix has just added 23 very big movies to its library
People want "offensive" Crown Paints advert banned after attracting hundreds of complaints
Human remains found in suitcases are the bodies of two children
A terrific '90s crime drama is among the movies on TV tonight
The 50 most iconic songs of all time* have been revealed
One of 2022’s best hidden-gem comedy series is available to stream
You may also like
1 month ago
Radio station plays 'Killing in the Name' non-stop from 6am after multiple staff get fired
2 months ago
Aer Lingus announces flash sale on flights to America this summer
2 years ago
Wife of Canadian Prime Minister Justin Trudeau tests positive for the coronavirus
2 years ago
Consumers warned of overpaying for US and Canadian visas via copycat visa application websites
2 years ago
Canadian prime minister Justin Trudeau apologises for wearing 'brownface' in old photograph
3 years ago
Police are on the hunt for a man that stole over $187,000 worth of cheese
Next Page