The car failed to stop for Gardaí before the driver fired two shots at uniformed Gardaí in pursuit.

A blue BMW has been discovered burnt out in Wexford after the driver fired two shots from a handgun at uniformed Gardaí in pursuit of the car on Wednesday morning.

Shortly after 8.30am on Wednesday morning, uniformed Gardaí in Gorey attempted to stop a Blue BMW 318 with a registration 06-W-1012.

The car failed to stop for Gardaí along the R725 Gorey to Carnew Road, where it had been driving erratically and dangerously.

The driver of the car, a male described as six foot tall, of slim build and wearing a long black jacket, a hat and a scarf over his face, subsequently discharged two shots from a handgun at pursuing uniformed Gardaí.

The car was subsequently discovered burnt out in the townland of Banntown in Wexford.

Gardaí are appealing for any information on the activities and location of the car overnight and in recent days - in particular to anyone who was driving or using the R725 Gorey to Carnew Road between 8am and 9am this morning and any person with dashcam video - to contact Gorey Garda Station on (053) 9430690. 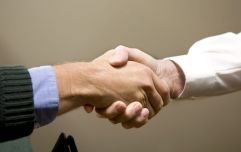 END_OF_DOCUMENT_TOKEN_TO_BE_REPLACED

Gardaí continue to appeal for any information on a dark grey/ black Skoda Fabia car (or similar) last seen in the North Wexford/Gorey Town/Clogh areas.

Earlier on Wednesday, Gardaí appealed for information on two men travelling in a car who they suspect were involved in an armed incident in Gorey on Wednesday morning.