Daly has dismissed the list as propaganda of its own making.

Independent TD and Member of the European Parliament Clare Daly has been named as part of a Ukrainian secret service dossier, listing public figures who are alleged to promote Russian propaganda.

END_OF_DOCUMENT_TOKEN_TO_BE_REPLACED

Daly is featured with her own specific alleged credentials marked as "pro-Russian narratives", accusing Daly of promoting both the narrative of "sanctions against Russia terrify the suffering of innocent people" and that the overall conflict in Ukraine represents "a war for confidence / proxy war between NATO and Russia".

Daly is the only Irish public figure on the list. 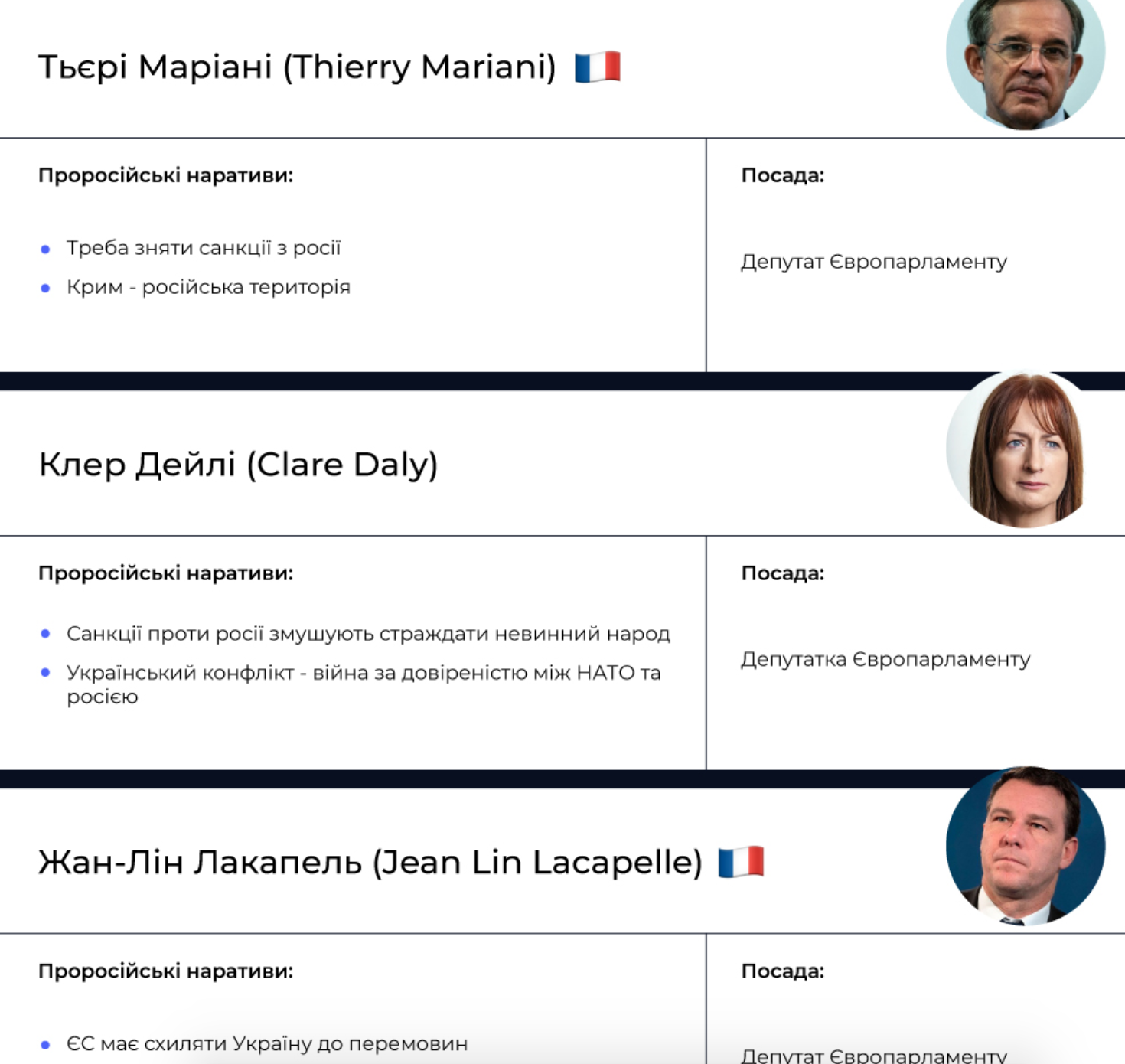 The list was put together by the Centre for Countering Disinformation (CCD), a subsidiary of Ukraine’s National Security and Defence Council.

END_OF_DOCUMENT_TOKEN_TO_BE_REPLACED

In response, Daly told the Irish Times that the list constitutes a "blacklist" issued by a Government propaganda department. Daly noted that the list includes a "diverse range of people" with nothing in common politically beyond their recorded criticism of NATO and the western world's approach towards Ukraine.

“But that is what a free and open discussion in a democratic society looks like," she added. "Ukraine trying to shut it down is a mirror image of the repressive behaviour we rightfully criticise in Russia. We shouldn’t be encouraging it.”

Daly has been a vocal critic of NATO's response to Russia's invasion of Ukraine. However, Daly voted against condemning the invasion in March and was later praised on Russian state television for a speech she gave in which she denounced measures taken to sanction Russia.

END_OF_DOCUMENT_TOKEN_TO_BE_REPLACED

"How is not selling any Kerrygold butter to Russia going to save any Ukrainian lives?" she said in Strasbourg in April. "How is buying filthy, fracked, US gas going to stop the war?

"We are happy to spend billions prolonging the war in the Ukraine. Makes me absolutely sick. Seven weeks ago, German Chancellor Schultz correctly said that peace in Europe can not be won against Russia, but that's exactly what we're doing.

"Yes, Russia bears responsibility for this conflict, of course they do. But we can not ignore the role of NATO, and the EU, instead of promoting peace, and acting in the interest of the people of Europe, the Ukrainians, the EU citizens, and yes, the Russian citizens too, has become a tool of NATO and the military industrial complex."

A Channel 1 broadcast in which Daly was singled out for praise was edited to remove mention of war and Russian responsibility. The same clip was introduced on Russia-1, the second largest channel in the country, in which Daly was referred to as "a voice of reason".