A new study has revealed some eyebrow-raising figures...

A report by the Higher Education Authority has shone a light on which particular college graduates earn the most money in Irish workplaces, with prominent Dublin-based universities at the top of the list. 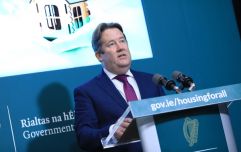 END_OF_DOCUMENT_TOKEN_TO_BE_REPLACED

Per the study, graduates of regional colleges earn comparatively less, with Letterkenny IT, IT Tralee and IT Sligo listed at the bottom of the salary league table.

Undergraduates from Trinity College Dublin are said to earn an average of €744 per week within four years of graduation, with DCU and UCD undergraduates on €725 and €720 per week, respectively.

As far as institutes of technology are concerned, Dublin Institute of Technology undergrads rank highest on an average of €682 per week four years after concluding their studies, while Letterkenny IT (€501), IT Tralee (€532) and (€554) represent the lowest figures.

END_OF_DOCUMENT_TOKEN_TO_BE_REPLACED

In general, the wage gap widens over time. Previously, there was a gap of €257 in weekly earnings between Trinity College and Letterkenny IT, recorded four years after graduation.

"This will help institutions and other stakeholders in providing students with appropriate career advice and relevant information on their course choices," he added.

You can review the full report here.