It comes after he secretly married Anne Jones, his partner of 40 years, on Friday at their home in Liverpool, after he was discharged from hospital following six weeks of treatment for a severe chest infection. 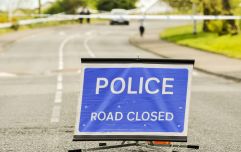 END_OF_DOCUMENT_TOKEN_TO_BE_REPLACED

His publicist Robert Holmes told the Press Association: “They got the registrar and were married in the house. He died two days later on Mother’s Day. Anne is obviously very upset. To my mind, he was one of the last music hall greats.”

Holmes added: “With Ken gone, the lights have been turned out in the world of variety. He was a comedy legend and genius.”

He was famous for his stand-up shows with his Diddy Men and the tickling stick. He was still performing up until last year.

RIP Sir Ken Dodd, 90.
One of the greatest comedians Britain has ever produced.
Died in the same home in Knotty Ash, Liverpool where he was born & always lived - after marrying his long time love Anne there just two days ago.
A poignant end to an amazing life. pic.twitter.com/hC8fylPwkA

Breaking news Sir Ken Dodd has died at the age of 90. Speaking on @GMB @LesDennis says ‘he was the first comedian I ever saw on stage as a child...& thought this what I want to do. He’s been an inspiration to so may comedians’ pic.twitter.com/ywGvmQcTb4

Morning! Sad news about Ken Dodd but what a great life and lovely man. #RIPKenDodd

#Breaking Comedian Sir Ken Dodd has died at the age of 90, his publicist says pic.twitter.com/xeS7dompeZ

Advertisement
popular
Met Éireann issues weather warning for entire country ahead of week of thunder and flooding
PICS: The man with the biggest penis in the world has one unbelievable problem with it
CMO says it's "important to remember" infections in vaccinated people doesn't mean vaccines don't work
The 50 most iconic songs of all time* have been revealed
Love Island hit with 5,000 Ofcom complaints over Teddy backlash
People think they've figured out the ranking of the viewers on your Instagram Stories
Leo Varadkar said he tried to be "extra careful" while attending Katherine Zappone's 50 person function at hotel
You may also like
1 day ago
One man killed and five others injured following three-car collision
2 days ago
Gardaí launch investigation after body discovered in Dublin park
2 days ago
Man in 80s dies in road crash in Tipperary as Gardaí appeal for witnesses
3 days ago
A man in his late teens has died after two motorcycles collided with a car in Dublin
5 days ago
Woman charged with the murder of a baby in Belfast
1 week ago
Bob Odenkirk taken to hospital after collapsing on Better Call Saul set
Next Page