Comment: When we receive a video submission that we would never publish

Today we received a video submission we would never publish.

Some readers may find certain details in this article disturbing.

Everyday on JOE.ie we receive brilliant user-generated content - the dancing Westmeath dad to dancing Laois farmer to guys dancing in UCC. Lots of dancing. It's positive, it's funny, it's great. 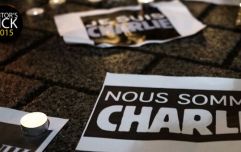 END_OF_DOCUMENT_TOKEN_TO_BE_REPLACED

In my seven months as Editor of JOE, I've seen some weird stuff, some funny stuff, some pointless stuff, but nothing sinister. Until this week...

We were sent a video submission email from a member of the public who explained he had received it on WhatsApp. He identified it as 'Clare lads' and described it as '200dollars for a hooker at 3 o clock during the day ..'

What follows is 63 seconds of two people having sex in a bedroom. It's quite shaky footage and probably filmed on a smartphone. I'm not in a position to say there are any laws being broken but, aside from that, there are a number of deeply concerning things that happen.

The video opens on a young male with an Irish accent wearing a hurling helmet and holding a hurl while having sex with a young woman with an American accent on a bed. They are being filmed from behind a doorway by a third person. 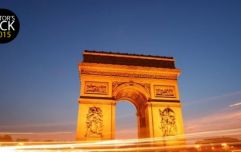 An Irishman in Paris: "Parisians know what terreur is, but they are certainly not terrified"

END_OF_DOCUMENT_TOKEN_TO_BE_REPLACED

The woman is barely moving. She cannot see the camera.

He calls on someone to come and take some pictures. The woman begins to object, at which point he says that he's paid her $200 and wants a picture. The woman objects again and he puts a piece of clothing over her face.

Throughout the video, the woman is totally disorientated, her speech is slurred and she barely moves.

JOE.ie understands that this video and other different videos featuring the same people are currently being shared widespread on Irish WhatsApps. 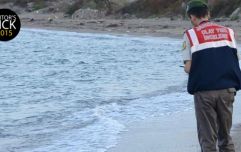 COMMENT: The images of Alyan Al-Kurdi paint more than a thousand words of sorrow

END_OF_DOCUMENT_TOKEN_TO_BE_REPLACED

We are not going to publish this video, but we have reported it to the Gardaí because of the nature of the content.

That's not a step we would take lightly. They've told us that they are not in a position to "further this."

But is that our duty done? We want to say one more thing.

In the smartphone era, where there's always one close to hand, the lines that delineate between what's acceptable and what's unacceptable are getting dangerously blurred.

Putting aside whether or not a crime has taken place – which is a matter for the authorities to decide – there are a number of really worrying parts to all of this:

1. Getting a third party to film a sex-act without the consent of one of the parties engaged in the act.

2. Putting that video on a file-sharing social network like WhatsApp.

3. Lots of people, unrelated to the video participants, thinking it's perfectly fine to the share that content with their WhatsApp groups for entertainment.

We spoke this afternoon to the Rape Crisis Centre and they told us that one of the biggest concerns amongst Irish young people is sexting. Specifically, it's covert sexting – taking an intimate picture or video without the other person's consent.

That's exactly what has happened in this video.

We welcome video content from the JOE readers, we love receiving your work, but this crosses the line from making a video that everyone can enjoy, to something altogether more sinister.

That's what we think. Where are you on all this? Is there a viewpoint you want to share? Send your emails to editorial@joe.ie marked as 'Private' where they will be handled with complete discretion.

popular
5 years ago, Hollywood took a massive gamble on a huge sequel... and lost big time
Nicola Bulley's phone found by the river 'could be a decoy', diving expert suggests
QUIZ: We bet you can't get full marks in this extremely frustrating geography quiz
One of the best crime thrillers ever is among the movies on TV tonight
Woman dies from hypothermia after telling doctor she 'couldn't afford heating'
Amazon Prime Video has just added 21 big movies to its library
An incredibly fun action blockbuster is among the movies on TV tonight
You may also like
6 years ago
"My claim to fame is that I bought them snackboxes" - the night just 20 people saw a hungry Nirvana play Cork
6 years ago
Mastenbroek: A JOE journalist's thoughts on the struggle for good mental health
7 years ago
Qatar Heroes: The story of how Ireland won the 2022 World Cup at Christmas time
7 years ago
EXCLUSIVE VIDEO: JOE meets the new star of Star Wars: The Force Awakens, John Boyega
7 years ago
Ben Mudge: The Game of Thrones assistant director turned cover model who's kicking cystic fibrosis' ass
7 years ago
Perspective from a downtrodden Mayo GAA fan: We’ll be back, we know no other way
Next Page