All the testing centres are open in areas where Covid-19 cases are high.

The temporary testing centres will allow people without symptoms of Covid-19 to get a free test without having to organise it through their GP.

The centre opened at Randal Óg GAA Club in Dunmanway in Cork will not require an advance appointment.

While the second walk-in clinic also opened at St Loman's Hospital Campus in Mullingar in Westmeath.

Both testing sites will remain open until April 20 from 9am to 5pm. 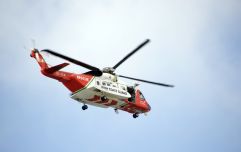 END_OF_DOCUMENT_TOKEN_TO_BE_REPLACED

People over the age of 16 can attend the walk-in test centres providing they don't have any symptoms, live within 5km of the centre and have not tested positive for Covid-19 in the last six months.

Five of the testing centres opened last week and have seen a large uptake in members of the public coming forward for tests.

In total, there are currently seven walk-in testing centres operating across Ireland.