The issue was raised in the Dáil this evening.

Minister for Justice and Equality Charlie Flanagan has said that neither he nor anyone in his department was aware of a confirmed or suspected case of Covid-19 in a hotel being used as a temporary Direct Provision centre, prior to residents being moved to other centres in the country.

Minister Flanagan was making a statement on Covid-19 and taking questions from TDs in the Dáil this afternoon, where Direct Provision was a recurring issue. 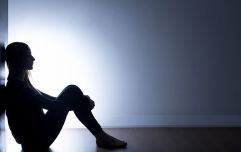 END_OF_DOCUMENT_TOKEN_TO_BE_REPLACED

Social Democrat TD Catherine Murphy raised specific points to Minister Flanagan relating to the Skellig Star Hotel in Cahersiveen. She stated that a hotel in Swords, that was not being used solely as a Direct Provision centre, had a case of Covid-19 in early March.

On the 19th of March, Deputy Murphy continued, 70 Direct Provision residents were split into two groups and sent on short notice to other centres without being tested, one of which was the Skellig Star Hotel. This is consistent with a resident's comments to JOE recently. A cluster of over 20 cases of the virus has since broken out.

Responding to Catherine Murphy's statement, Minister Flanagan said that neither he nor anyone else in the Department were aware of this case of Covid-19 prior to the residents being moved. When pressed by Deputy Murphy whether the HSE were aware, Minister Flanagan said that he "could not speak for the HSE", but that he was first made aware of this case when contacted by Catherine Murphy's office.

Minister Flanagan also clarified that the premises in Cahersiveen were offered last September and assessed by the Department at that time. It was deemed appropriate in March to move residents from Dublin centres, which were being used on a temporary basis, to the Skellig Star Hotel.

Justice Spokesperson for The Green Party Roderic O'Gorman also called for the centre to be closed, citing a "fundamental breach of trust" between residents and management at the hotel.

The latest figures available for Direct Provision, as of midnight Saturday 9th May, reported 12 clusters, 149 cases and 12 hospitalisations relating to Covid-19 in Direct Provision. It was yesterday confirmed by the HSE that a letter distributed to residents of the Skellig Star Hotel, that appeared to blame them for the continued spread of the virus in the centre, originated from the local Department of Public Health.

The Big Reviewski || JOE · Matt Damon, Camille Cottin, Abigail Breslin and director Tom McCarthy discuss new drama Stillwater
popular
PICS: The man with the biggest penis in the world has one unbelievable problem with it
The 50 most iconic songs of all time* have been revealed
People think they've figured out the ranking of the viewers on your Instagram Stories
Met Éireann issues weather warning for entire country ahead of week of thunder and flooding
CMO says it's "important to remember" infections in vaccinated people doesn't mean vaccines don't work
Leo Varadkar said he tried to be "extra careful" while attending Katherine Zappone's 50 person function at hotel
Love Island hit with 5,000 Ofcom complaints over Teddy backlash
You may also like
5 months ago
All Direct Provision centres to close by 2024 and system to be replaced
10 months ago
Denise Chaila: abuse online, racism in Ireland and raising her voice
11 months ago
Six new Covid-19 clusters identified in vulnerable groups
1 year ago
Hunger strike at Skellig Star Hotel Direct Provision called off
1 year ago
Skellig Star lacking basic disease control measures weeks after outbreak
1 year ago
Minister who promised to transfer asylum seekers still has no responsibility for Direct Provision
Next Page