Don’t panic! Irish KFC restaurants have NOT run out of chicken

Brought to you by KFC.

Do you remember the great KFC crisis of 2018?

That’s the question future generations of Brits will be asking. Not us Irish though!

More than half of KFC’s 900 British restaurants had to shut down this week after they ran out of chicken. As if Brexit negotiations weren't causing enough problems in the UK, they’ve now had their KFC taken away from them.

The company's official Twitter account confirmed that many of its restaurants had to shut down due to a shortage of chicken. They explained that the supply issue was caused by “teething problems” after taking on a new delivery partner. They even set up a webpage to keep people updated on the status of their local restaurants.

The good news is that Irish restaurants still have plenty of chicken so fried chicken fans can still get their fix on this side of the Irish Sea.

Restaurants in Republic of Ireland and Northern Ireland are operating as usual and unaffected by the teething problems in England and Wales. Phew! 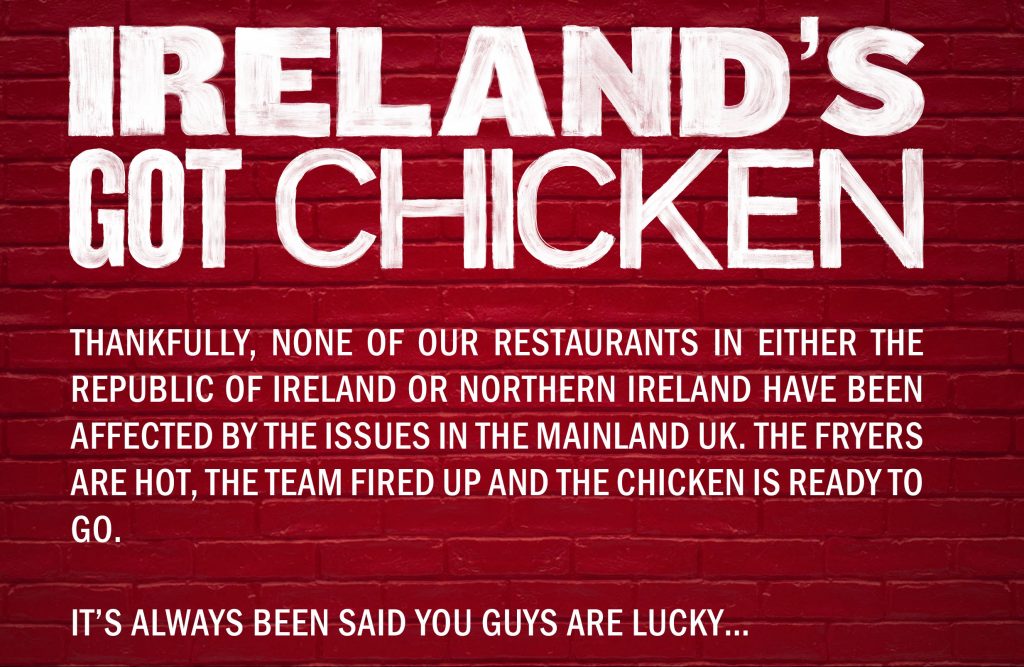 Needless to say, Twitter was entirely sympathetic and didn't indulge in any cheap jokes about the crisis...

“I can get you a boneless banquet for one, but it’s gonna cost ya”#KFCCrisis pic.twitter.com/c7AqVpsx90

Brought to you by KFC.