The long standing dominance of Zurich as the city with the highest salaries and disposable incomes (after rent) came to an end this year as it was overtaken by San Francisco. San Fran also climbed the table in quality of life.

END_OF_DOCUMENT_TOKEN_TO_BE_REPLACED

In addition to those two cities, the top ten for quality of life is rounded out by Copenhagen, Edinburgh, Vienna, Helsinki, Melbourne, Boston, San Fran and Sydney. Ireland has slipped to a paltry 43, behind cities like Johannesburg, Moscow, Rome, Kuala Lumpur, London and Buenos Aires.

Dublin was ranked at 21 in the same report when it was published 2017.

Dublin appears to the eighth most expensive city in the world for a Mid-Range 2 Bedroom Apartment, at an average cost of $2,018 (€1800) per month. The only cities more expensive are Hong Kong, San Fran, NYC, Zurich Paris, London and Boston.

Renting apartment in Dublin is more expensive than in cities like Tokyo, Sydney, Oslo, Copenhagen, Wellington and Singapore — which all finish higher on the monthly salary after tax index, according to Deutsche Bank. When it comes to disposable income after rent, then, it's no surprise that Dublin slips to 23 on the list (additionally overtaken by Dubai, Edinburgh, Amsterdam, Brussels, Helsinki, Vancouver and Seoul). 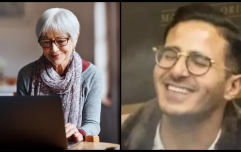 END_OF_DOCUMENT_TOKEN_TO_BE_REPLACED

Other interesting trivia reveals that Dublin is the fifth most expensive city on earth in which to buy 2 litres of Coca-Cola, and is the second-most expensive country in the world for a monthly-ticket of public transport, behind only London. On this front, Dublin is found to be 106% as expensive as New York City.

Dublin is second again for cost when it comes to the monthly price of internet, behind only Dubai.

You can read the entire Mapping the World's Prices 2019 report here.