The internet is awash with conspiracy theories about ISIS, the US Government, 9/11, and the like.

Where the fringes of the web are concerned, the whole '9/11 was an inside job' theory is one of the most enduring, even 15 years after the attacks on the World Trade Centre.

While it's no surprise that the internet is full of theories suggesting 'jet fuel can't melt steel beams' and 'controlled explosions brought down the WTC towers', you don't expect these kinds of things popping up in the mainstream media. 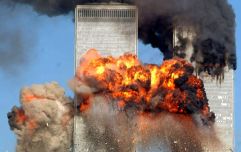 END_OF_DOCUMENT_TOKEN_TO_BE_REPLACED

But a columnist writing for an Egyptian state newspaper has joined these fringe voices in suggesting that the US Government was behind 9/11 and even claimed that ISIS was an invention of Western intelligence agencies to divide and control the whole Middle East.

“Is it possible to believe the official version, from the US government, of the events of 11 September 2001?” journalist Noha Al-Sharnoubi in Al-Ahram, a national Egyptian newspaper owned by the government.

According to an English translation by the Middle East Media Research Institute (Memri), she wrote:

“Is it a coincidence that the commanders of the September 11 attack trained at American flight schools?”

“Is it conceivable that four hijacked planes flew around so freely, penetrated US airspace and hit the towers of the World Trade Center and the Pentagon one by one, with an interval of 15 minutes and 30 minutes between the attacks.

"All this took place without the Americans targeting the planes and downing them, despite all their intelligence, satellites and radars?

“Or was the whole thing planned [in advance] in order to justify the war on terror, the [first] episode of which [later] began in Iraq?”

Her views on ISIS are apparently equally controversial, claiming that the jihadi militant group and their slick propaganda videos may be another clever trick by The West.

According to Memri she wrote...

“Does it make sense that most ISIS members are foreigners [i.e., Western nationals], unless ISIS is another story that was prepared in advance [by the West] to justify the devastation, partitioning and occupation [of countries] that is taking place and will continue to take place in the Middle East?”

“Those who are murdered and [then] accused of perpetrating terror attacks in the West – are they the real culprits?"

"[Perhaps Western] intelligence elements are behind the attacks and the bombings, and later Muslim citizens are arrested and killed and simply accused of perpetrating [the attacks] in order to justify what is happening in the Arab countries in the name of the war on terror, and in order to justify the plan to persecute the Muslims in the U.S. and Europe and expel them? Have we really been deceived, and continue to be deceived, to such an extent?!"

popular
Woman killed in Clare crash named as Peggy Twomey, mother of Marty Morrissey
Man in his 70s dies following two vehicle collision in Galway
These are the most generous counties in Ireland, according to GoFundMe
Every child in Direct Provision will get a Christmas present this year following fundraiser
A fun action flick with Nicolas Cage is among the movies on TV tonight
Amazon Prime Video has quietly added 8 big new movies to its library
Schools and third level institutions to remain closed in counties affected by orange or red weather warnings
You may also like
2 months ago
20 years ago, this Bond movie changed its ending following the events of 9/11
2 months ago
Seven must-see 9/11 movies and documentaries to watch right now
2 years ago
WATCH: Jon Stewart gives hugely emotional speech at Congress as 9/11 victim fund is set to expire
4 years ago
WATCH: Charlie Sheen and Whoopi Goldberg, together at last, in a movie about 9/11
5 years ago
PIC: New York City as seen from the International Space Station on September 11th, 2001
5 years ago
VIDEO: Texas mattress company apologises after this tasteless 9/11 TV ad
Next Page