He says there's a 70 per cent chance of him moving there.

Elon Musk has said that he is considering moving to Mars onboard one of his SpaceX rockets.

“I know exactly what to do,” the Tesla founder told Axios on HBO in a new interview. 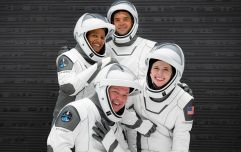 END_OF_DOCUMENT_TOKEN_TO_BE_REPLACED

“I’m talking about moving there.”

Musk, 47, added that the move could be a permanent one as technology may not yet allow return trips:

“We think you can come back, but we’re not sure," he noted.

He estimates the chance that he'll travel to the red planet at 70 per cent with the price of travel set at around "a couple hundred thousand dollars".

The technology could be made publicly available in as soon as seven years, he claims.

However, Musk said that the potential risks of travel would be great with a "good chance of death" for anybody choosing to make the journey.

"Your probability of dying on Mars is much higher than earth," he said. "Really the ad for going to Mars would be like [Sir Ernest] Shackleton’s [supposed] ad for going to the Antarctic. It’s gonna be hard. There’s a good chance of death, going in a little can through deep space." 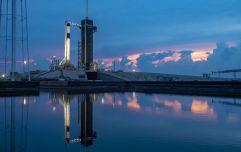 END_OF_DOCUMENT_TOKEN_TO_BE_REPLACED

If he does make the trip, Must said that he expects to work “nonstop to build the base" with “not much time for leisure" on the cards.

"And even after doing all this, it’s a very harsh environment," he said.

"So, there’s a good chance you die there. We think you can come back, but we’re not sure. Now, does that sound like an escape hatch for rich people?”

Asked why anyone should make the journey at all given the risks, he replied:

"There’s lots of people who climb mountains. People die on Mount Everest all the time. They like doing it for the challenge."

The Big Reviewski || JOE · The Big Reviewski with Dune, a mini-Hangover reunion & the best of Timothée Chalamet
popular
The JOE Friday Pub Quiz: Week 266
Here's the line-up for tonight's episode of The Graham Norton Show
Hunger strike ends as Nadim Hussain assured he won't be deported
Nightclubs are now ticket-only events, according to new measures
Alec Baldwin expresses "shock and sadness" over fatal film set shooting
Status Yellow warning issued as heavy rainfall and flooding anticipated
‘If You Go, Go Slow’ - HSE launches new campaign urging people taking drugs to do it safely
You may also like
2 months ago
Elon Musk's SpaceX to launch billboard with "selfie stick" into orbit
4 months ago
Elon Musk confirms new Tesla will go from 0-60MPH in 1.1 seconds
8 months ago
Elon Musk predicts that bitcoin is "on the verge" of being more widely accepted
1 year ago
The footage of the SpaceX Falcon 9 rocket landing on a drone ship is well worth viewing
1 year ago
SpaceX's manned rocket launch this evening will be visible over Ireland
1 year ago
Grimes explains the logic behind the name for her and Elon Musk's son
Next Page