Why can't we all just get along?

Oh, that's right, because people like this keep stirring up the pointless hate, getting everyone who reads it riled up into support or, in a much more-level headed response, in defiance, and on and on and on it goes.

Country Squire Magazine (no, us neither) is an outlet which self-describes their goal to be "to reflect the vision, the dreams and the narrative of those who have already chosen green fields over high rises, narrow lanes over the fast lane". 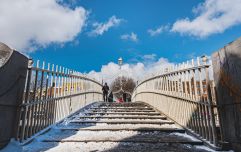 We could be getting snow this Thursday, according to Met Éireann

END_OF_DOCUMENT_TOKEN_TO_BE_REPLACED

We wonder if this incendiary anti-Irish rant is what all of their readers had in mind?

During the week they published an article titled 'Get Stuffed, Eire' (they had no fada over the capital E, so already they're getting an F for spelling, but an A for right-to-the-point-titles), and it was filled with little gems like this:

Eire is the land of puppy farms, rain-soaked holidays, dingy bars, drugs mule celebs, verbal diarrhoea and squeaky fiddles – that fool Bob Geldof comes from there. A “country” where the burglars from Britain with surnames like Kettle and Rafferty – return to build eyesore “palaces” in ratholes like Rathkeale (a small Irish town swollen by the proceeds of crime).

END_OF_DOCUMENT_TOKEN_TO_BE_REPLACED

The best things in Eire are all British – amongst them Cadbury’s chocolate, Jack Charlton and the English breakfast. Even their much-heralded patron Saint was a Brit and they had to kidnap the poor fellow – at the age of sixteen Patrick was captured by a group of Irish pirates who brought him to Ireland where he was enslaved and held captive for several years (one wonders if the plastic Paddies in Boston and Chicago who dye their rivers green know this?).

Or, our personal favourite, this:

The border with Eire should be set up however the UK wants it – however much Eire and the EU whine. If the IRA kick up a fuss, just carry on as things were in 1998 – crack down on the cowards to the point where they have nowhere to go except surrender or negotiate. They will be seen worldwide in the same light as Al Qaeda.

You can read the full thing here, but for some we would recommend taking some blood pressure medication before hand. 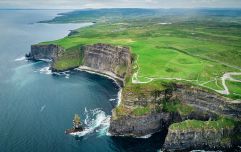 END_OF_DOCUMENT_TOKEN_TO_BE_REPLACED

To say that the piece got an immediate and incredibly strong reaction would be a bit of an understatement, but even the folks at Country File Magazine might not have been prepared for the reaction by the advertisers on the site once they got wind of what was being said next to their paid-for placements:

Dear Philip, Land Rover does not endorse these views and we are speaking with our advertising agency to remove the advert.

Hi Philip, unfortunately this advert has been placed without our consent. We are taking action & do not in any way endorse these views.

But if you're thinking "Good, this Katie Hopkins-esque racist clickbait 'journalism' website is getting their major advertising money taken away from them", there turned out to be an interesting twist of fate.

The folks at Land Rover UK looked into it further, and announced:

Dear Philip, our investigation into this matter shows that the Land Rover advert is actually fake and not placed by us or our agents.

We are raising this with our legal team

A website claiming that Ireland is only eeking out an existence by subsisting off by goodwill by England, is itself apparently placing unpaid for adverts on their website without permission.

Country Squire Magazine initially were enjoying the response, it would seem:

Huge increase in website traffic and engagement on twitter past couple of days. Figures going through the roof! Thanks to all:)

But it wasn't long before the editor made a note of the reaction, and asked for everyone to try to reign it in a little:

A Message From the Editor Regarding Jim Browne's Piece on Eire Yesterday. pic.twitter.com/IyYp9zfqGo

Trying to defend the site against folks who "have nowhere to go but surrender or negotiate"?

popular
The "eighth best movie ever made" is among the movies on TV tonight
Mia Khalifa claims seaside town is better than Miami
Jennifer Lawrence sparks controversy by saying she was the first woman to lead an action movie
Met Éireann updates weather warning for entire country as temperatures set to fall to -6
One of the best films of all time is among the movies on TV tonight
The 50 most iconic songs of all time* have been revealed
QUIZ: JOE’s Big News Of The Day Quiz #27
You may also like
1 week ago
From Ireland to Argentina: Alexis Mac Allister's Irish roots explained
1 week ago
These are the 10 most-watched YouTube videos in Ireland in 2022
2 weeks ago
Ronan O'Gara confirms he is on three-man shortlist for England job
1 month ago
Nine cities and towns to benefit from support package aimed at creating "more vibrant nightlife"
1 month ago
Moving abroad this year? You might be able to claim some very handy tax back...
6 days ago
Temperatures set to drop to freezing this weekend as Christmas predictions emerge
Next Page