Fine Gael have also seen support for their party drop in the latest poll.

In a new Red C Poll conducted by the Business Post, 1,000 voters were asked between Thursday 17 and Thursday 24 January over the phone which political party they support.

The results showed that the currently most-popular party, Fine Gael, are still down 2 points from the most recent poll, now with just 32% support. 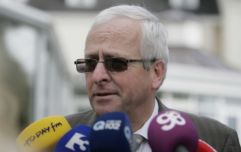 END_OF_DOCUMENT_TOKEN_TO_BE_REPLACED

This is still a gap of ten whole points from the closest competitor, as the new poll revealed that Fianna Fáil have dropped a full five points, down to just 22% support.

Following these, the next-in-line parties all remain static since the previous poll was taken in November: Sinn Féin are still on 13%, while Labour (6%) and the Independent Alliance (5%) stay in place, and The Green Party and the Social Democrats remain at 3% at 2% respectively.

Taking up the majority of the lost points are the Independents, who are up 4 to 14%, and the Solidarity People Before Profit are up to 2% following a reported zero rating in the last poll.

A full breakdown of the new poll can be found in Sunday 27 January's edition of the Business Post.