Five arrested and over €400,000 recovered in investigation of ATM theft in Cavan

Last week, Gardaí intervened during an attempted ATM robbery at a hotel in Virginia, Cavan in the early hours of the morning.

Since then, five people have been arrested, while four remain in custody.

A 28-year-old male has also been arrested for money laundering offences and is detained under section 4 of the Criminal Justice Act 1984 at Navan Garda Station. 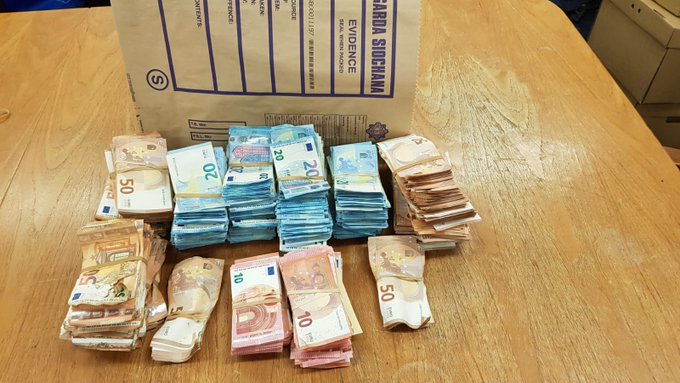 
popular
Dublin's Olympia Theatre to host Bohemian Rhapsody and The Greatest Showman sing-a-longs
QUIZ: Can you name all 14 landlocked counties in Ireland?
QUIZ: How many of these Recess characters can you name?
Gardaí warn of phone scam that could cost consumers a "small fortune"
The JOE Movie Quiz: Week 37
Season 5 of Better Call Saul will see the return of two beloved Breaking Bad characters
Kelly-Anne Byrne announces decision to leave Today FM
You may also like
7 hours ago
Fine Gael general election candidate has bricks thrown through window of constituency office
9 hours ago
Man in serious condition after being doused in petrol and set on fire during burglary in Cork
9 hours ago
Gardaí warn of phone scam that could cost consumers a "small fortune"
12 hours ago
Two men left in serious condition after ingesting "unknown substance" in Dublin
2 days ago
Man (80s) in critical condition following serious road traffic collision in Kerry
2 days ago
Gardaí confirm partial human remains found in burnt out vehicle in Dublin are those of Keane Mulready-Woods
Next Page