A video of the horrifying incident has been shared widely on social media.

Four policeman in Minneapolis, Minnesota have been fired following the killing of George Floyd, an unarmed black man. Video footage of the incident suggests that at least one officer pressed his knee into Floyd's neck for several minutes, while Floyd said "I can't breathe" and "Don't kill me".

The video also captures the voices of onlookers repeatedly asking the police officer to stop. 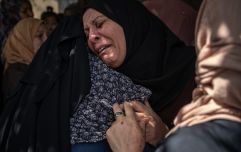 END_OF_DOCUMENT_TOKEN_TO_BE_REPLACED

Elsewhere, Frey said of one of the officers involved: "This officer failed in the most basic, human sense."

Demonstrations have begun in the city, as protestors demand that charges be brought against the police officers involved.

The protestors in Minneapolis have since been met with police in riot gear, who have also used tear gas to disperse the crowds. 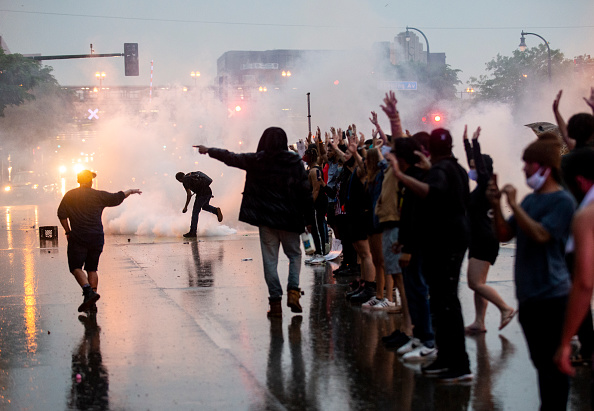 The case is another high profile example of an unarmed black person dying at the hands of police in the United States.

It comes weeks after a video was released showing the death in Georgia of Ahmaud Arbery, an unarmed black man, while he was jogging.

popular
Penneys issues statement after shoppers try to sell appointments for €100
Irish punters could turn €0.98 into hundreds of millions* with a bet on the Super Jackpot
UN envoy warns Palestine and Israel conflict heading towards "full-scale war”
Man arrested after walking into Garda Station, spraying petrol on Gardaí and attempting to light it
Paul Murphy says there will be 2014-style mass protests if the Government re-introduce water charges
This bird looks a little bit like Michael D Higgins, and he agrees
Seth Rogen shocks fans after shaving beard off
You may also like
1 day ago
Cyclist aged 11 killed after fatal road collision in Kerry
1 week ago
Cyclist killed after collision with a bus in Dublin
1 week ago
Gardaí investigating after woman knocked onto train tracks in Dublin
2 weeks ago
Man in his 30s killed in single-vehicle collision in Galway
2 weeks ago
Ryan Giggs charged with assaulting two women and controlling or coercive behaviour
3 weeks ago
Two killed after Tesla car crashes with no one in driver's seat
Next Page