You might want to check if yours has been closed.

An Post confirmed some three weeks ago that a large number of rural post offices had applied for the An Post's voluntary retirement package, which would then lead to widespread closures of post offices across the country.

When they originally announced the news, An Post said that the packages would "likely result in the closure of 161 post offices out of a network of 1,111 post offices."

END_OF_DOCUMENT_TOKEN_TO_BE_REPLACED

It was announced by the company on Tuesday that – due to a deal reached between An Post and the Irish Postmasters' Union – that 159 post offices will now be closed across the country.

An Post also confirmed that all 159 set to close are in locations with populations of less than 500 people. They also said that all of the offices which are due to close are within 15km of at least one other post office.

Closing post offices will be consolidated with neighbouring offices, ensuring their viability, the company has said. 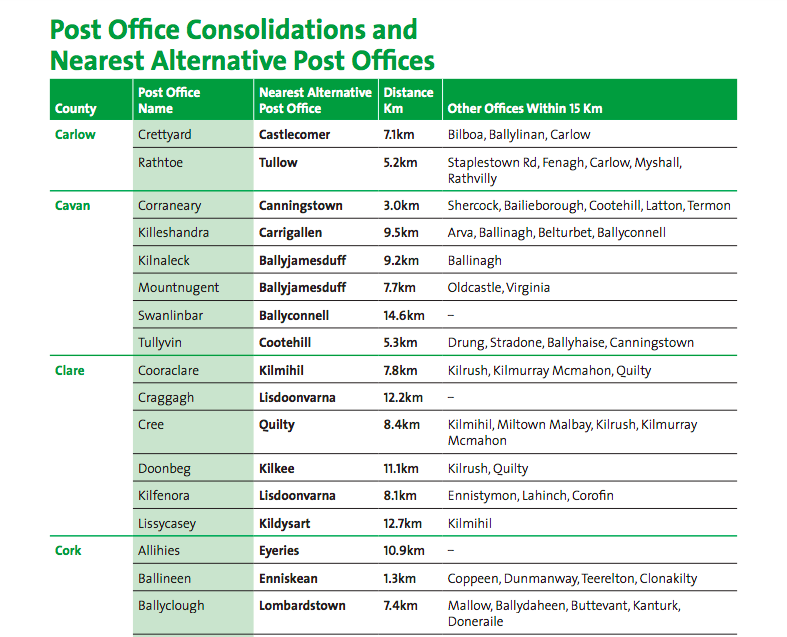 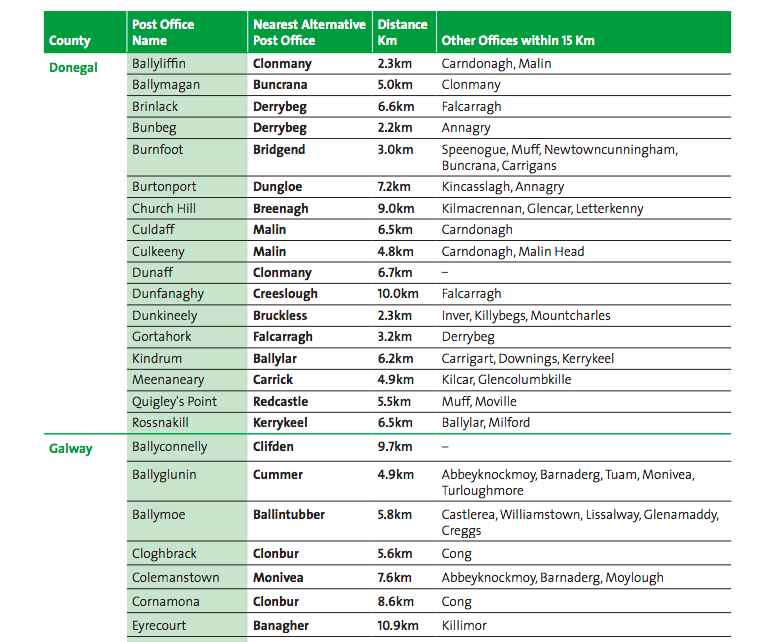 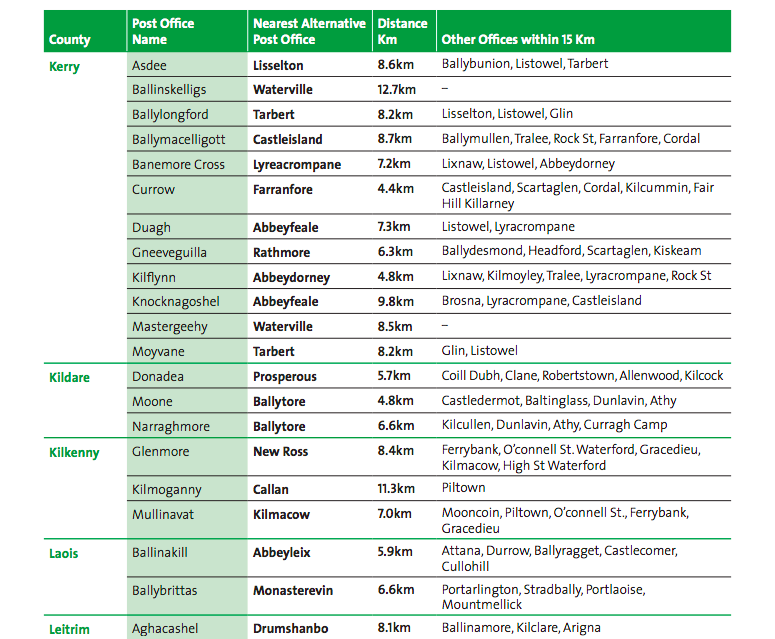 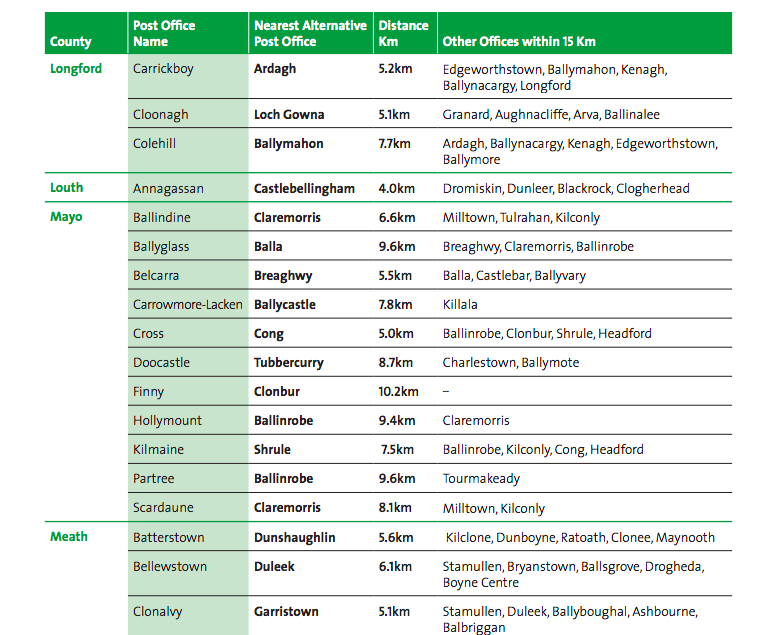 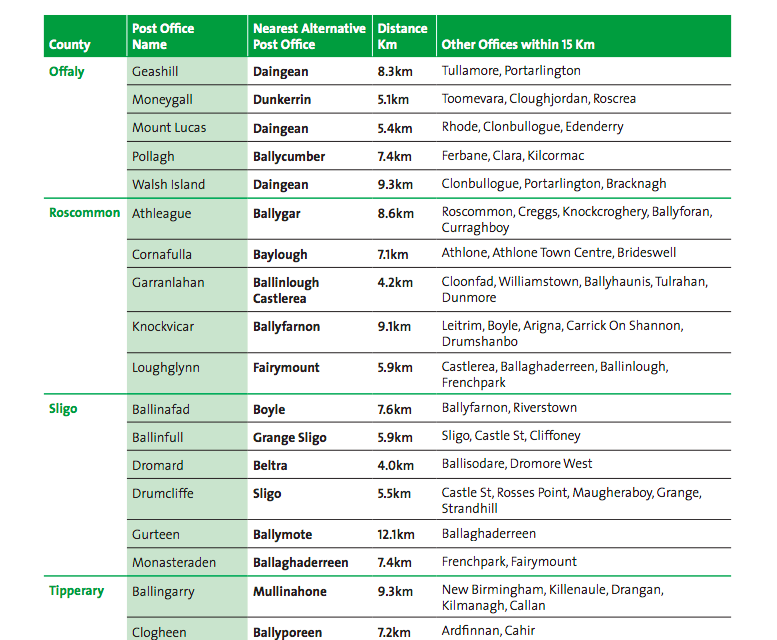 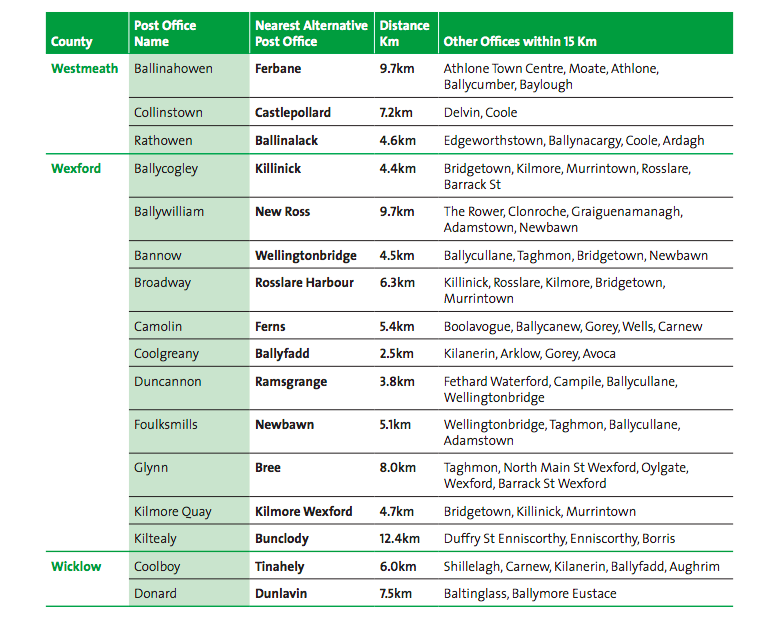 popular
Gardaí investigating firearm being discharged near film set in Donegal
Seven more suspected cases of unexplained hepatitis in Ireland under investigation
Netflix has just quietly added 12 big movies to its library
Derry Girls fans in bits following emotional season finale
A thrilling '90s war film is among the movies on TV tonight
Amazon Prime Video has just added 21 big movies to its library
Has anyone seen Mr Tayto?
You may also like
6 hours ago
Passengers warned that Dublin Airport situation is simply "unpredictable"
9 hours ago
Relations between the British and Irish Governments "not good", says Varadkar
11 hours ago
10 men arrested in connection with alleged League of Ireland match fixing
11 hours ago
Couple injured after alleged homophobic attack in Dublin
23 hours ago
Motorcyclist in his 60s dies following crash in Kerry
1 day ago
Man in his 60s dies following road crash in Cork
Next Page