Cars on the prom in Salthill were destroyed by the flooding.

Galway City Council has warned of a risk of branches falling, debris and spot flooding on all roads in the city after it was hit by inclement weather on Wednesday night.

6.15am update: GCC crews worked overnight clearing flooding & debris. They've been joined by additional crews since 5am to remove fallen trees incl. at Ballymoneen Rd at Portcarron.
Watch out for branches, debris & spot flooding on all roads. Be careful. More later. @emergencyIE

Parts of the west coast of Ireland endured the worst conditions of Storm Elsa as fire crews had to rescue motorists that were trapped in their cars on the prom in Salthill.

High tide in the city was at around 10.10pm and coupled with onshore winds of up to 80 kilometres an hour, a large sea surge flooded Salthill, the city’s Latin Quarter, and the docks.

Our #volunteers have been tasked to assist the #PrimaryResponseAgencies and Local Authorities in the #Salthill area tonight.
Stay safe and avoid coastal and quay areas.@GalwayCityCo @GalwayCoCo pic.twitter.com/ZnUbWV3DhY

As of Thursday morning, two major roads remain blocked by fallen trees, at Liss, near Campbells tavern, and Grange Corrandulla. Crews will be on site at these locations on Thursday morning. 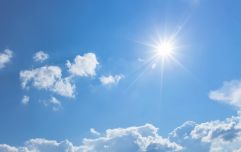 END_OF_DOCUMENT_TOKEN_TO_BE_REPLACED

Trees have also blocked the roads at: Kilagoola, Moycullen and Ardaun, near Cong Council.

Fallen branches and other debris remain on all routes and motorists are being asked to approach with care and attention.

If you're living in Galway, any major issues relating to Storm Elsa can be reported at 091 509069.

Galway County Council is also providing updates via social media, which you can find here.

Elsewhere, Mayo County Council has said that a full assessment of any damage caused by the storm conditions will be undertaken on Thursday morning and updates will issued as appropriate.

Staff in Mayo worked late into the night clearing trees and other debris. Road users are also being advised to exercise caution.

A full assessment of any damage caused by the storm conditions will be undertaken this morning by Mayo County Council and updates will issued as appropriate, MCC staff worked late into the night clearing trees and other debris,road users are advised to exercise caution . pic.twitter.com/Zuu42JMOwh

popular
Micheál Martin defends accidentally calling Leo Varadkar "Taoiseach" multiple times
John McAfee’s Instagram deleted after cryptic 'Q' post following his death
NPHET warns extra three weeks before reopening could make "substantial difference"
A BBC documentary on the Peru Two is coming next month
REVEALED: The top 10 staycation experiences in Ireland
210 cases of the Delta variant confirmed in Ireland as HSE chief warns the figure will "go up"
Aldi launches new garden collection including massive waterpark, slides and 14ft pools
You may also like
1 week ago
Met Éireann forecasts thunderstorms and temperatures of up to 20 degrees next week
1 week ago
Good weather coming to an end as Atlantic system to bring rain and "unsettled" conditions
1 week ago
Sunday was officially the hottest day of the year but the weather will take a slight turn this week
1 week ago
It's official, these are the sunniest counties in Ireland
1 week ago
People all over Ireland enjoy the sunshine as temperatures soar on "hottest day of the year"
1 day ago
Legislation to allow pubs to serve alcohol at outdoor seating could be before Dáil as early next week
Next Page