Two of the stamps were identified as the 2018 Wedding stamp, which were released by An Post in 2018.

An Garda Síochána are assisting the Metropolitan Police after it was discovered that two of the explosive devices discovered in London on Tuesday were posted using Irish stamps.

Breaking: at least two of the #London explosive devices were posted with Irish stamps. Gardaí confirm they are assisting the @metpoliceuk with enquiries pic.twitter.com/YdtnbcI667

The devices were A4-sized white postal bags containing yellow Jiffy bags and were capable of igniting once opened. Just one of the packages did ignite, at Heathrow, ignited, but no one was injured.

The Met said in the aftermath that it is "treating the incidents as a linked series" and "keeping an open mind regarding motives".

Prior to the public confirmation that the stamps were of Irish origin, a Met Police spokesperson said: "At approximately 09:55hrs the Met Police received a report of a suspicious package at The Compass Centre, Nelson Road, Hounslow. The package was opened by staff at the building, causing the device to initiate. This resulted in part of the package burning.

"No one was injured. The building was evacuated as a precaution. Specialist officers attended and made the device safe. The building remains closed as enquiries continue. The building is not based at Heathrow Airport, and flights were not affected by the incident. 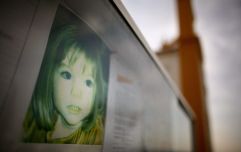 END_OF_DOCUMENT_TOKEN_TO_BE_REPLACED

"At approximately 11.40hrs British Transport Police were called to reports of a suspicious package in the post room at Waterloo Station. The package was not opened. Specialist officers attended and made the device safe. No one was injured.

"The station was not evacuated however cordons are in place at a small area outside the station on Cab Road. Train services are continuing to operate as normal.

"At approximately 12.10hrs police were called to a report of a suspicious package at offices at City Aviation House, Royal Docks, Newham. Staff were evacuated from the building as a precaution. The package was not opened and no one was injured. Specialist officers attended and made safe the device. The building has been reopened.

"As a precaution, DLR services to London City Airport were suspended but are now fully operational. Flights to and from the airport have not been affected. "

Speaking to JOE, the Garda Press Office confirmed that Gardaí are assisting the Metropolitan police with their enquiries.


popular
QUIZ: Can you get 10/10 in this Irish sayings quiz?
QUIZ: Can you recognise the Black Mirror episode from still image?
"Significant" update confirmed in Madeleine McCann case
The 50 most iconic songs of all time* have been revealed
Here's Week 35 of JOE's 19 in 90 quiz
QUIZ: Can you say what all of these Harry Potter spells do?
QUIZ: Can you name the disaster movie from a single image from each disaster
You may also like
9 hours ago
3 further deaths in relation to Covid-19, 47 new cases
12 hours ago
A man has died working on a farm in Cork
1 day ago
Gardaí notice rise in domestic violence since beginning of lockdown
1 day ago
Man dies following road collision in Mayo
1 day ago
Body of young boy (5) recovered from Lough Mask in Mayo
3 days ago
Two more people with Covid-19 have died, 66 new cases
Next Page