Cannabis with a street value of well over €200,000 was discovered.

Gardaí at Carlow Garda Station are investigating the discovery of a suspected cannabis grow house on the Tullow Road area of Carlow Town, following a search of the premises on Tuesday, 5 March.

Approximately 170 mature cannabis plants were discovered along with a significant quantity of harvested plant material.

The total estimated street value of the cannabis discovered is €235,000.

One man in his thirties has been arrested and has been detained at Carlow Garda Station under Section 2 of the Criminal Justice Drug Trafficking Act.

The scene is currently being examined by Garda Scenes of Crime Examiners. 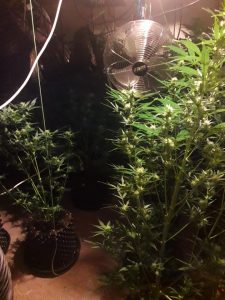 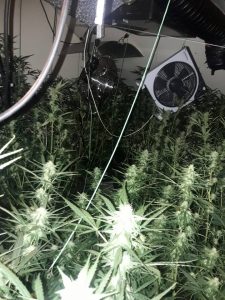 All images via An Garda Síochána


popular
The JOE Friday Pub Quiz: Week 175
The shortlist for the best breakfasts in Ireland has been revealed
Bodies of three children discovered in Dublin home
QUIZ: Can you guess the pixellated movie posters?
The 50 most iconic songs of all time* have been revealed
QUIZ: Can you name all these European countries just from their vowels?
Two operators of illegal puppy farm in Roscommon convicted of animal cruelty
You may also like
2 weeks ago
BBC's new true crime documentary examines one of the most shocking cases of recent times
2 months ago
Over 100 Gardaí to assist in multi-agency investigation into abduction of Kevin Lunney
3 months ago
New Irish crime stats reveal sex offences, assaults and drug offences all up
3 months ago
A documentary detailing the extent of the Kinahan-Hutch feud is on TV tonight
4 months ago
There have been almost 250,000 reported burglaries in Ireland in the last 10 years
4 months ago
Reports of suspected burglars ramming Garda bike in Dublin
Next Page