Gardaí are looking into an assault in Dundrum in which a Muslim teenager was attacked.

A spokesperson for An Garda Síochána has confirmed to JOE that Gardaí are investigating an alleged minor assault of a teenage girl which occurred in Dundrum at approximately 3.30pm on Sunday (18 August).

As of Tuesday afternoon, no arrests have been made and investigation is ongoing.

A video of the incident has been shared widely on social media since Tuesday morning. The video appears to show several young people in a melee, while someone yells "Don't touch her." Smashed eggs can also be seen on the ground at the scene of the incident.

It has since been shared thousands of times on social media.

The video, which purports to be from the sister of one of the victims, is accompanied by text which claims that the assailants removed her cousin's hijab, and kicked both girls. 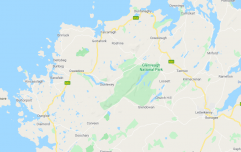 Investigation launched after human remains are discovered on Donegal beach

END_OF_DOCUMENT_TOKEN_TO_BE_REPLACED

Minister for Culture, Heritage and the Gaeltacht Josepha Madigan has said: "I condemn in the strongest possible terms the assault on a Muslim girl who had her hijab taken from her in Dundrum village yesterday.

"I hope the perpetrators are brought to justice quickly."


popular
QUIZ: How many of these Recess characters can you name?
Two Irish citizens have tested positive for the coronavirus
The 50 most iconic songs of all time* have been revealed
Narcos writer explains the significance of those intriguing cameos in the new season
Lark Voorhies is not too pleased about being snubbed from the Saved by the Bell reboot
QUIZ: How well do you know these famous Ted Hastings quotes from Line of Duty?
QUIZ: How well do you know the Matrix series?
You may also like
11 hours ago
Two Irish citizens have tested positive for the coronavirus
1 day ago
Man (40s) killed after walking in front of oncoming truck after driving into a ditch
1 day ago
Renowned UK producer and DJ Andrew Weatherall has died, aged 56
1 day ago
Multiple deportations to be carried out on illegal employees following searches on warehouses in Dublin and Meath
1 day ago
Two men arrested in connection with shooting in Lucan in November
1 day ago
A man has died following an incident at a Dublin shooting range
Next Page