There are 10 of the new vehicles which will be allocated across the country.

An Garda Síochána has unveiled to the public its brand new Armed Support Unit vehicles.

Gardaí have said that there are 10 of the new vehicles and that they will replace older models from 2016. 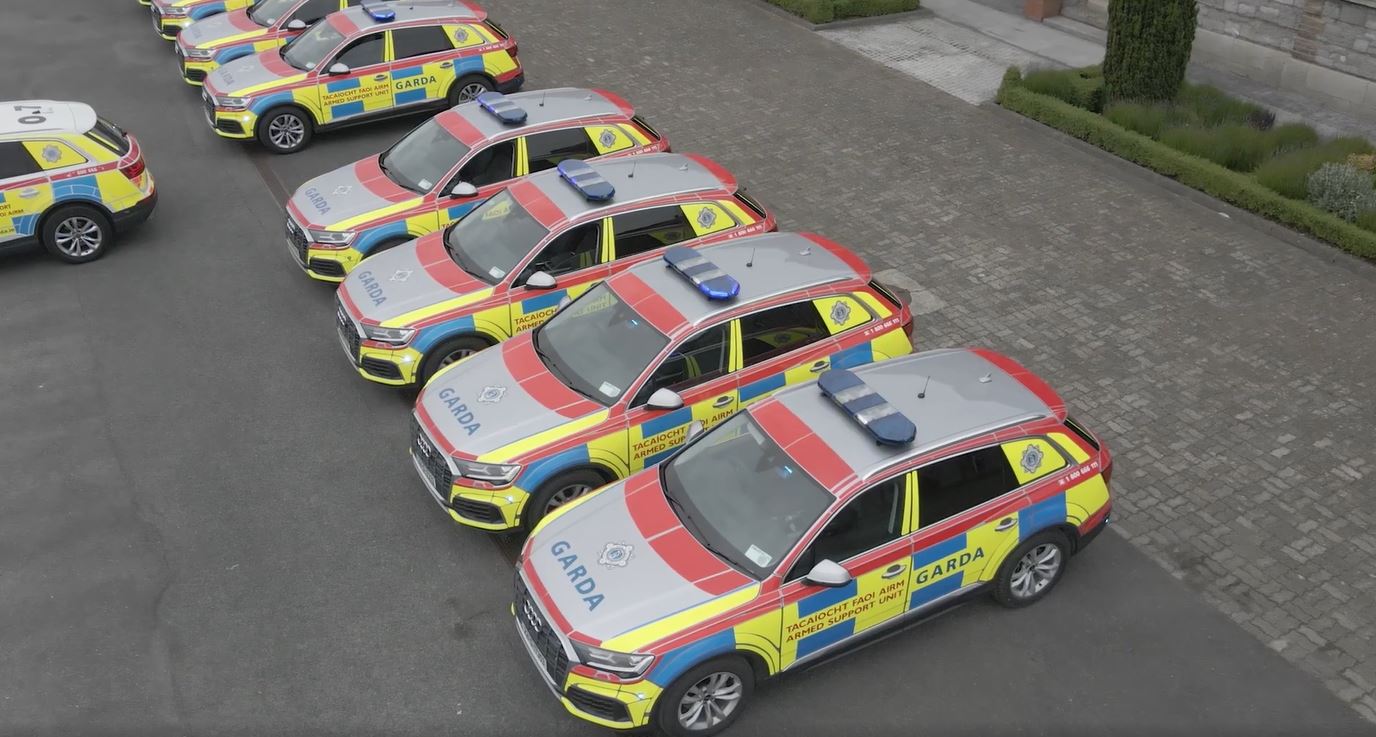 Eight of the latest automobiles were showcased in a video posted by An Garda Síochána on Twitter, which also revealed where they will be deployed.

END_OF_DOCUMENT_TOKEN_TO_BE_REPLACED

Meanwhile, the additional two are to be allocated to the Armed Support Unit in the Dublin Metropolitan Region (DMR).

In a statement, An Garda Síochána said the end-of-life vehicle featured in the video will be donated to the Garda Museum and that the others will be recycled through authorised recycling centres.

For a peek at the new vehicles, automotive enthusiasts can check out the clip posted by Gardaí below.

10 new look Armed Support Unit vehicles to replace 2016 models, some of which have travelled in excess of 500,000kms.
In addition to the 8 vehicles featured a further 2 are allocated to DMR ASU.
All end of life vehicles are recycled through authorised recycling Centres. pic.twitter.com/eg4q2Z78mS

popular
James May reportedly hospitalised after crashing into wall at 75mph filming new show
The JOE Friday Pub Quiz: Week 307
QUIZ: You'll need to be razor-sharp to get 100% in this General Knowledge Quiz
Man in his 40s dies following fatal assault in Westmeath
A great underseen action thriller is among the movies on TV tonight
Salman Rushdie likely to lose an eye following stabbing in New York
Disney+ has just added 10 big movies to its library
You may also like
1 day ago
Woman in her 20s dies following fatal assault in Meath
1 day ago
Major US healthcare company to create 1,000 jobs in two counties
1 day ago
Teenager airlifted to hospital after being seriously injured in Clare tractor crash
1 day ago
Irish people could be treated to spectacular sights in the sky over the next few nights
1 day ago
Puck Fair takes down goat from cage due to "unprecedented" hot weather
1 day ago
Man in his 70s dies in workplace accident in Roscommon
Next Page