Gerry Adams: The IRA is gone, and the Continuity IRA have me under death threat

Gerry Adams has responded to the Continuity IRA's claim that they carried out the murder of David Byrne in Dublin last week.

A member of the dissident Republican group told the BBC earlier on Monday that the group was responsible for the murder of 33-year-old David Byrne, from Crumlin in Dublin, as retaliation for the killing of Real IRA member Alan Ryan in Clongriffin - on Dublin's Northside - in 2012.

The CIRA spokesman said that other attacks were planned. 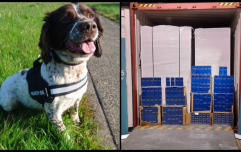 END_OF_DOCUMENT_TOKEN_TO_BE_REPLACED

"This will not be an isolated incident," he said.

"Continuity IRA units have been authorised to carry out further operations. More drug dealers and criminals will be targeted.

"The Continuity IRA will carry out further military operations."

According to BBC reporter Mark Devenport, Sinn Féin leader Gerry Adams has revealed that the Continuity IRA has issued a death threat against him. He also denied that the IRA was still in existence in any shape or form.

. @GerryAdamsSF says Continuity IRA is not IRA "the IRA are gone and their weapons are gone" He says CIRA has him under active death threat

Adams said: "It was a brazen attack in broad daylight by criminal thugs who believe they can operate with impunity and above the normal rule of law. 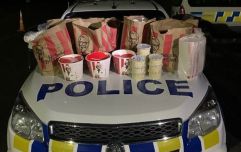 END_OF_DOCUMENT_TOKEN_TO_BE_REPLACED

"They should be locked up, where they belong."

He added: "I understand a group calling itself the Continuity IRA has claimed responsibility for the attack at the Regency Hotel.

"They are not the IRA. The IRA are gone and their weapons are gone," he said.

The Big Reviewski || JOE · The Big Reviewski with Dune, a mini-Hangover reunion & the best of Timothée Chalamet
popular
Report: Crew left Alec Baldwin film set in protest before fatal shooting
The JOE Friday Pub Quiz: Week 266
9 of the best horror movies on Netflix right now
The JOE Music Quiz: Week 78
QUIZ: Time to get down to business with this General Knowledge Quiz
WATCH: Massive queues in Dublin as nightclubs finally reopen
Here's the line-up for tonight's episode of The Graham Norton Show
You may also like
1 month ago
Gardaí investigating after woman seriously assaulted by a man in Westmeath
1 month ago
Gardaí investigating tragic death of man aged in his 50s at Cork GP clinic
1 month ago
Gardaí investigating after three people found dead with gunshot wounds in Kerry
1 month ago
Baby from Nirvana's Nevermind album cover sues band for child pornography
2 months ago
WATCH: First look at new RTÉ crime drama starring Game of Thrones' Aidan Gillen, Kin
2 months ago
Male and female arrested on suspicion of murder following death of four-year-old boy in Limerick
Next Page