Thunberg is 16-years-old and lives with Asperger's syndrome.

Fox News has apologised to 16-year-old climate activist Greta Thunberg on Monday after a conservative pundit called her a "mentally ill Swedish child".

This came after she gave an extremely powerful speech on Monday, when conservative writer Michael Knowles was appearing on Fox News. 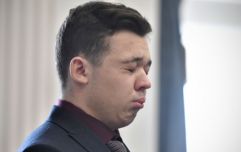 END_OF_DOCUMENT_TOKEN_TO_BE_REPLACED

He said: "The climate hysteria movement is not about science. If it were about science, it would be led by scientists, rather than by politicians and a mentally ill Swedish child who is being exploited by her parents and by the international left."

He then doubled-down on his comments, saying: "She is mentally ill. She has autism. She has obsessive compulsive disorder, she has selective mutism. She had depression."

According to Buzzfeed, Fox News have since released a statement saying that they had no plans for Knowles to appear on the channel in the future.

"The comment made by Michael Knowles who was a guest on The Story tonight was disgraceful — we apologize to Greta Thunberg and to our viewers,” a Fox News spokesperson said.

This isn't the first time that Thunberg has been criticised for having Asperger's, recently saying: "when haters go after your looks and differences ... you know you’re winning".

US President Donald Trump is also among those who have been critical of the 16-year-old girl, replying to her passionate speech with a sarcastic tweet on Tuesday morning.

popular
Amazon Prime Video has quietly added 18 big releases to its library
Large crowds gather outside Tullamore courthouse as man charged with murder of Ashling Murphy
Over 80% of people working from home could be missing out on €100 tax relief
WATCH: This foul-mouthed argument proves the Irish language is alive and well
60 jobs available on Stena Line with 50% of your time spent not working
A gripping '90s thriller is among the movies on TV tonight
Here's the line-up for this week's Late Late Show
You may also like
2 years ago
WATCH: Fox News World Cup broadcast interrupted by "F**k Trump!" chant
2 years ago
WATCH: Fox News host claims germs don't exist because he can't see them
3 years ago
Fox News host apologises and loses several advertisers after mocking survivor of Florida school shooting
4 years ago
Nigel Farage has a new job on American TV
5 years ago
VIDEO: Fox News has stuck up for CNN after Donald Trump's 'fake news' accusation
6 years ago
VIDEO: Bill O'Reilly says he'll flee to Ireland if Bernie Sanders become President
Next Page