He was unsuccessful in silencing his accusers in the end, but he went to extreme lengths to try to.

Just over a month has passed since several women came forward with similar accusations of sexual harassment regarding Hollywood producer Harvey Weinstein.

It was revealed on Tuesday morning, in an investigative report by The New Yorker writer Ronan Farrow, that there was a "machine that was so instrumental in keeping this quiet as long as it was quiet." 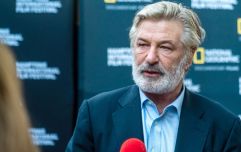 END_OF_DOCUMENT_TOKEN_TO_BE_REPLACED

Farrow delivered a detailed 5,300-word report for The New Yorker magazine titled “Harvey Weinstein’s Army of Spies,” where he describes the shadowy and elaborate plan concocted by the producer to try and silence his accusers and stop their stories from being released.

Actress Rose McGowan - one of the first people to speak out against Weinstein - was among those who said she was targeted by Weinstein’s gang of private investigators.

Weinstein hired private security firms to gather information on McGowan and other women as well as several other journalists who were investigating Weinstein's actions.

The companies involved were Kroll, which is a major, corporate investigations and risk consulting firm based in Manhatten as well as Black Cube which is a Tel Aviv-based intelligence firm whose leaders include former officers of the leading spy agency in Israel.

Despite Kroll playing a big part in the investigation by Weinstein, Farrow believes that "Weinstein’s intelligence-gathering operation was carried out in large part by Black Cube."

People's work was monitored by Weinstein and his team of spies in the hope of bullying people out of going public with the allegations.

According to the writer of the report, “Weinstein had the agencies ‘target,’ or collect information on, dozens of individuals, and compile psychological profiles that sometimes focused on their personal or sexual histories.

“He also enlisted former employees from his film enterprises to join in the effort, collecting names and placing calls that, according to some sources who received them, felt intimidating," Farrow said.

The Big Reviewski || JOE · The Big Reviewski with Dune, a mini-Hangover reunion & the best of Timothée Chalamet
popular
HBO announces a new Sopranos series is in the works... kind of
QUIZ: Can you name all the countries beginning with L?
CONFIRMED: Nightclubs to open at 100% capacity, 11.30pm curfew has been removed
"It’s obvious these guidelines were issued by Government without any meaningful consultation with the hospitality sector."
Two Gardaí assaulted during protest in Dublin City Centre
Here's the lineup for this week's Late Late Show
The cast of Succession on shooting the next season in Ireland
You may also like
1 day ago
Facebook looks set to change its name as part of rebrand
3 days ago
Weird 'blacked out' island on Google Maps sparks wild conspiracy theories
5 days ago
Fatal stabbing of David Amess declared a terrorist incident by police
6 days ago
UK Conservative MP David Amess dies after being stabbed multiple times
6 days ago
Bill Clinton rushed to hospital with blood infection
6 days ago
Norway bow-and-arrow attacker handed over to health services
Next Page