The Health Minister said what is known about Omicron so far is "very sobering".

Health Minister Stephen Donnelly has said he has accepted a recommendation to waive the 15-minute wait period after a person is vaccinated.

It comes after GPs said that they could vaccinated more people if the observation time after administering a shot was removed. 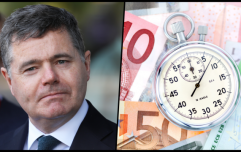 END_OF_DOCUMENT_TOKEN_TO_BE_REPLACED

Asked on the Six One News if he had asked the National Immunisation Advisory Committee (NIAC) for a ruling on the issue, Donnelly confirmed he had.

"I'm delighted to be able to say that just in the last hour, NIAC has come back to the Chief Medical Officer," he said.

"For our GPs and our pharmacists, what they signalled was that it would be very very useful in terms of being able to vaccinate more people. 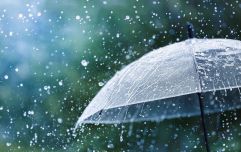 END_OF_DOCUMENT_TOKEN_TO_BE_REPLACED

"It's something we looked at again with the impending threat of Omicron to just get as many people boosted as possible."

Donnelly made the comments as 4,235 new cases of Covid-19 were confirmed in Ireland.

As of 8am on Wednesday, 470 patients with the virus are hospitalised, of which 105 are in intensive care units.

The Department of Health also stated there has been a total of 5,835 deaths related to Covid-19 notified in Ireland, including 47 deaths newly notified in the past week since last Wednesday.

There has been a total of 5,835 deaths related to #COVID19 notified in Ireland. This includes 47 deaths newly notified in the past week (since last Wednesday). 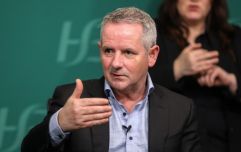 END_OF_DOCUMENT_TOKEN_TO_BE_REPLACED

It confirmed as well that 24 additional cases of the Omicron variant have been detected, bringing to 42 the total number of cases that have been identified following whole genome sequencing.

The Health Minister told the Six One News that what the Government knows about the new strain so far is "very sobering".

"We know it is far more transmissible than Delta. We know it still is making people sick," he said.

"There's a question as to how severe it is in terms of hospitalisations.