These were the hottest temperatures recorded around Ireland today

It was another sweltering day as Ireland continues to remain firmly in the grasp of the current heatwave with office perspiration and reports of heavily stained armpits increasing exponentially.

While the majority of the country has been experiencing temperatures well into the twenties, some areas even breached the 30 degree mark, something which isn't very common in the history of Irish weather. 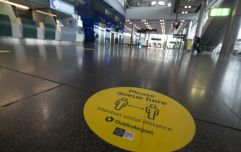 END_OF_DOCUMENT_TOKEN_TO_BE_REPLACED

To be clear, even the areas which didn't quite reach the 30 degree mark did stray tantalisingly close to the figure, such was the heat enveloping the country.

According to Met Éireann, these were the hottest temperatures recorded around the country today. 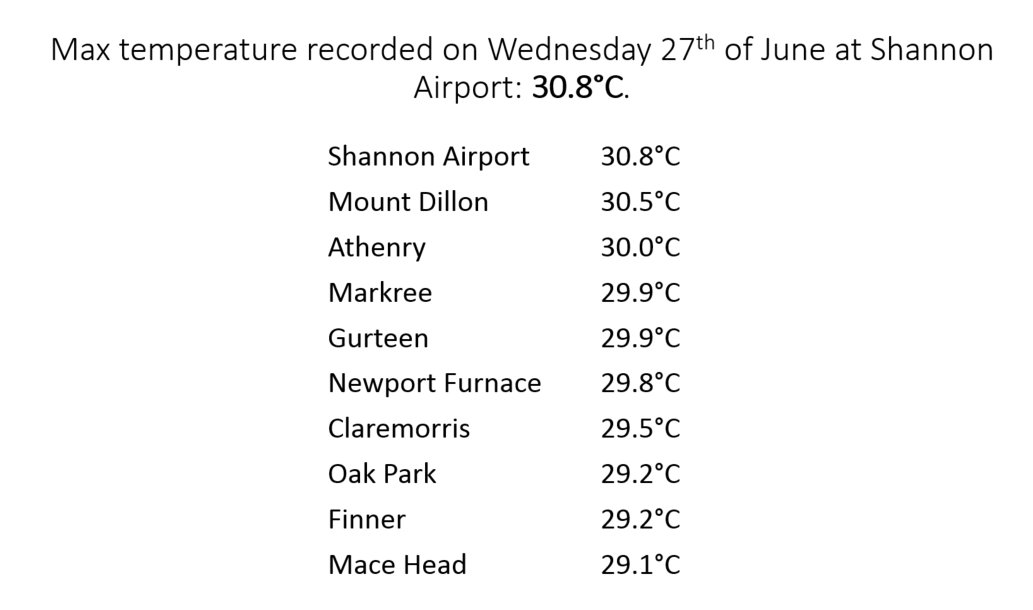 Shannon Airport was the toastiest place in the country today as a temperature of a staggering 30.8 degrees was recorded there.

But Mount Dillon in Dublin was a close second as it was just point three of a degree behind at 30.5 degrees.

And rounding out the top three was a return to the west of Ireland as Athenry in Galway recorded a max temperature of 30 degrees as the people of Galway basked in the warm goodness of the sun's heat.

If you're enjoying this spell of weather, we have some good news. If you're hating this heat and want to go back to our usual milder wetter weather, we've some bad news.

Met Éireann has said that the current spell of weather is showing no signs of letting up over the coming days.

Drink plenty of water, put beers in the fridge, and above all wear sun cream.