The Met Police has issued a statement.

A group calling itself the 'IRA' claimed responsibility for a number of explosive devices left at locations in London and Glasgow last week, the Met police have confirmed.

The following day on 6 March a similar device was discovered at Glasgow University.

Buildings were evacuated and counter-terror police were called to the scene in each instance, with no injuries during the disposable of the devices.

The Met Police said in a statement: "The Metropolitan Police and Police Scotland are aware of the claim of responsibility for the devices that were received at three buildings in London and at the University of Glasgow on 5 and 6 March. The claim was received on Monday 11 March by a media outlet in Northern Ireland outlet using a recognised codeword.

"The claim was allegedly made on behalf of the ‘IRA’. 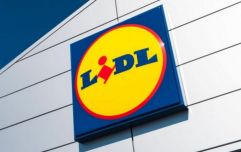 END_OF_DOCUMENT_TOKEN_TO_BE_REPLACED

"The investigations into these devices continue and relevant enquiries are being made in relation to the claim that has been made.

"Given the packages received last week bore similarities to devices sent in the past which were linked to dissident groups associated with Northern Ireland-related terrorism, officers were already looking at this as a line of enquiry. However, we continue to keep an open mind and enquiries continue."

"Both investigation teams are working closely together to share any information or intelligence that could assist their respective inquiries."


popular
Ireland wins appeal in €13 billion Apple tax ruling in EU Court
QUIZ: How well do you remember High School Musical?
QUIZ: Can you name all the countries beginning with 'E'?
Lidl launches instant rewards app for customers
Dara Calleary named as Minister for Agriculture following Barry Cowen sacking
Barry Cowen releases statement following sacking
Grant Imahara, co-host of Mythbusters, has died aged 49
You may also like
5 hours ago
Weapons and drugs seized from a house in Tipperary
19 hours ago
32 new cases of Covid-19 confirmed, no new deaths
20 hours ago
Leo Varadkar says he has not ruled out mandatory testing for people travelling to Ireland
21 hours ago
Man in his 60s suffers serious injuries following collision between lorry, tractor and car in Roscommon
22 hours ago
Ryanair to cut 1,000 flights between Ireland and UK
1 day ago
Two men arrested on Ryanair flight to Dublin on suspicion of making threats to endanger an aircraft
Next Page