The VFI President said that pushing back the opening of indoor dining past July would have a "huge" impact.

Irish publicans have expressed concerns over the time limit on indoor dining which is expected to be put in place following guidelines soon to be released by Fáilte Ireland.

President of the Vinters Federation Ireland (VFI) Paul Moynihan, said that it would be difficult to enforce time limits and is calling on the Government to provide "clarity" to the industry. 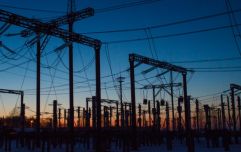 END_OF_DOCUMENT_TOKEN_TO_BE_REPLACED

"Lack of clarity is a huge issue here, we're expected to open outdoor space in our pubs on the 6 June, which is only ten or 11 days away, so we are looking for guidelines. We should have had them a few weeks ago, but they haven't appeared yet," he said on Ireland AM on Wednesday.

The pub owner said that he is hopeful outdoor dining will be allowed to return in June, with indoor dining following soon after in the month of July.

Moynihan added that the impact of pushing back the reopening of indoor dining past July would have a "huge" impact on the already suffering sector.

"They're expecting an awful lot of staff to keep an eye on this stuff, we just need clarity. When coming towards the end of June a lot of people will have had their first vaccination and their second vaccination. I think that is the time to open indoors with guidelines."

The publican added that the time limit would make reopening "very, very hard", however, he does understand the need for caution.

"We're just looking to open. We will do everything we can to keep people safe and to keep ourselves safe." 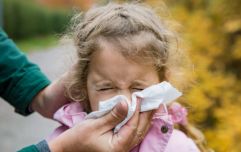 END_OF_DOCUMENT_TOKEN_TO_BE_REPLACED

There are expected to be time limits on visits to pubs and restaurants when indoor dining returns, according to the guidelines which were expected to be published by Fáilte Ireland on Tuesday afternoon.

The guidelines are expected to look at putting plans in place for the return of both indoor and outdoor dining over the coming months.

The delayed guidelines are likely to be published ahead of Friday’s Cabinet meeting on the easing of restrictions.

Under the guidelines, tables are expected to be a minimum of one metre apart, there is also likely to be a maximum of six people to a table, and last year's €9 substantial meal rules will also be scrapped.

There is also expected to be a time limit on indoor dining.

The Big Reviewski || JOE · The Big Reviewski with Andy Serkis, Squid Game follow-ups & the return of Succession
popular
An underrated Denzel Washington thriller is among the movies on TV tonight
Gardaí to target four major offences as part of clampdown on Irish roads
The 50 most iconic songs of all time* have been revealed
Weird 'blacked out' island on Google Maps sparks wild conspiracy theories
PICS: The man with the biggest penis in the world has one unbelievable problem with it
RSV outbreak in children "more contagious than Covid", says GP
New €140 million road officially opens today, replacing one of Ireland's most dangerous roads
You may also like
9 hours ago
"It's not Groundhog Day" – Taoiseach takes exception to reopening remark
9 hours ago
Significant increase in domestic abuse calls to Gardaí
10 hours ago
Gardaí to target four major offences as part of clampdown on Irish roads
12 hours ago
Colder weather ahead as polar maritime airmass settles over the country
13 hours ago
An Garda Síochána says it has "thwarted" 75 assassinations since 2016
3 days ago
Taoiseach believes people will "be patient" if planned lifting of restrictions doesn't go ahead next week
Next Page