The dog, named Rover, was suffering from severe mange and malnutrition and is currently undergoing treatment expected to last for at least six weeks.

The ISPCA are appealing for information about a dog recently discovered in “shocking condition” in Moydow in Longford.

The lurcher dog was discovered in extremely poor condition and was transported to a local veterinary clinic for assessment. Following an examination, it was confirmed the dog, later named Rover, was suffering from severe mange and malnutrition. 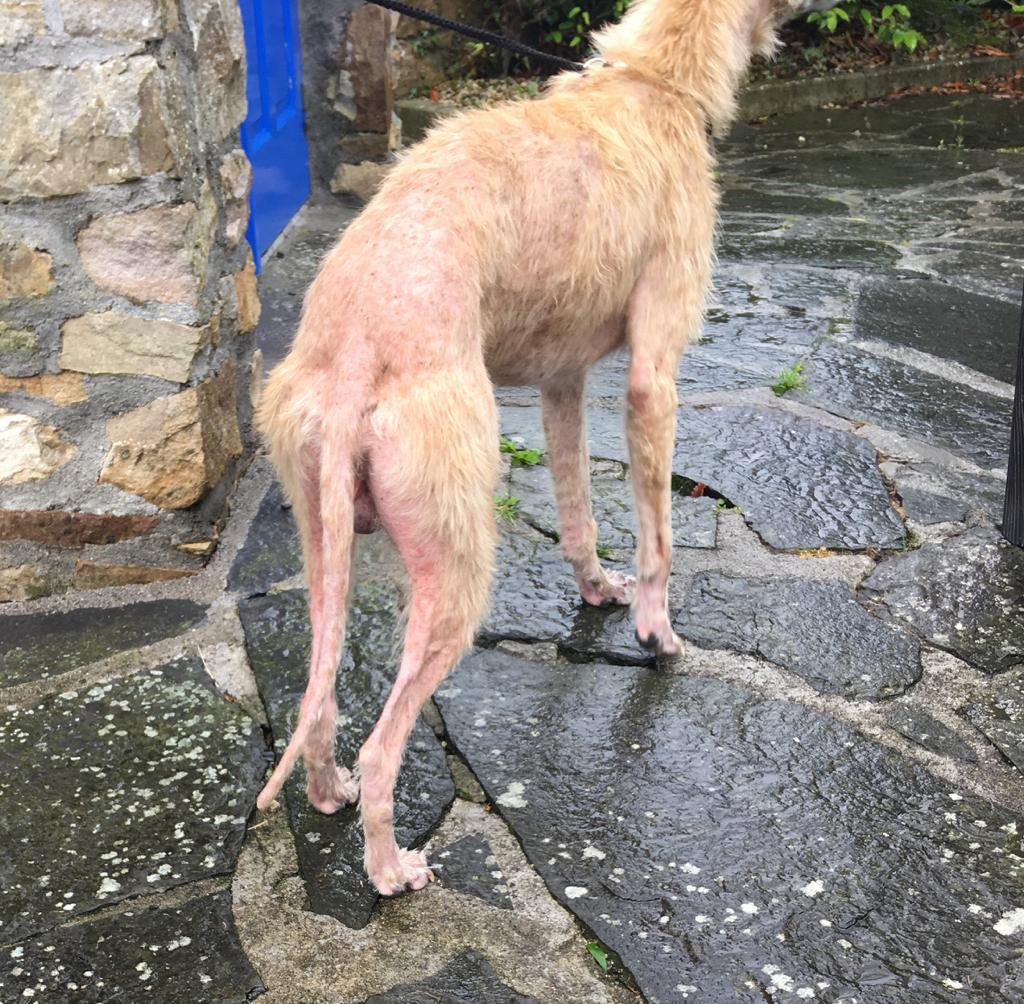 END_OF_DOCUMENT_TOKEN_TO_BE_REPLACED

Rover was not microchipped, making it difficult to trace his owner.

Commenting on the discovery, ISPCA Centre Manager Hugh O’Toole said: “Rover is now in the care of the ISPCA and is undergoing treatment which will continue for at least six weeks to include medicated washes to sooth his skin, parasite treatment to control the mites that caused the mange and he is also receiving a nutritious diet.

“Rover’s skin can only be described as raw from constant scratching as he was also covered in fleas. It was unclear how long he was left to suffer in this condition, which was totally preventable had he received basic treatment for parasites in the first place.”

Once Rover receives a clean bill of health from the ISPCA vet, he will be fully vaccinated and moved from an isolation unit to the main kennels and will be scheduled for neutering and microchipping.

“Rover is such a sweet gentle dog and once he has recovered, we will be appealing for a new responsible home, where he will be properly cared for,” O’Toole added.

“Our kennel area is currently over capacity with many dogs requiring extended periods of time in our care for rehabilitation and treatment. If you can help by making a kind donation to support our work, we would be grateful”.

Anyone with information about Rover is asked to contact the ISPCA National Animal Cruelty Helpline in confidence on 1890 515 515, report online here or email the ISPCA at helpline@ispca.ie.

popular
Met Éireann issues Status Yellow thunderstorm warning for 12 counties and 2 provinces
Meet the Irish man who’s selling all of his stuff and going to live in a tiny house on wheels
QUIZ: Is your General Knowledge up to scratch?
The JOE Music Quiz: Week 57
The JOE Movie Quiz: Week 102
The JOE Friday Pub Quiz: Week 243
QUIZ: Can you identify which of these countries have the colour white in their flag?
You may also like
3 days ago
Man and woman die in house fire in Co Roscommon
3 days ago
9-year-old boy killed by lightning strike while playing football
4 days ago
UN envoy warns Palestine and Israel conflict heading towards "full-scale war”
4 days ago
Man in his late 70s dies after fatal road collision in Westmeath
5 days ago
Cyclist aged 11 killed after fatal road collision in Kerry
1 week ago
Cyclist killed after collision with a bus in Dublin
Next Page