President Biden was speaking on the one-year anniversary of the US Capitol attack.

US President Joe Biden has accused his predecessor Donald Trump of spreading a "web of lies" about the 2020 election one year after the deadly US Capitol attack.

On 6 January 2021, a mob of Trump supporters attacked the US Capitol in Washington, DC as they sought to overturn his defeat in the 2020 presidential election. 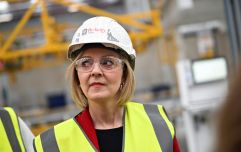 END_OF_DOCUMENT_TOKEN_TO_BE_REPLACED

Speaking at the scene of the riots, Biden said that last year "democracy was attacked" and that the US Constitution "faced the gravest of threats".

"Outnumbered in the face of the brutal attack, the Capitol Police, the DC Metropolitan Police Department, the National Guard and other brave law enforcement officials saved the rule of law," he said.

During his remarks, Biden criticised Trump, accusing him of trying to "prevent the peaceful transfer of power". 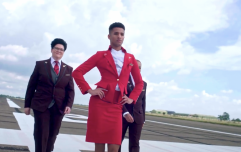 END_OF_DOCUMENT_TOKEN_TO_BE_REPLACED

"We didn't see a former president who had just rallied the mob to attack sitting in a private dining room off the Oval Office in the White House watching it all on television and doing nothing for hours as police were assaulted, lives at risk.

"In life there's truth and tragically there are lies, lies conceived and spread for profit and power. We must be absolutely clear about what is true and what is a lie.

"Here is the truth - a former president of the United States of America has created and spread a web of lies about the 2020 election. 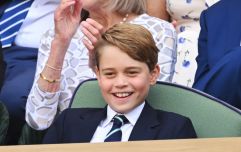 END_OF_DOCUMENT_TOKEN_TO_BE_REPLACED

"He's done so because he values power over principle, because he sees his own interest as more important than his country's interest, than America's interest.

"And because his bruised ego matters more to him than our democracy or our constitution, he can't accept he lost even though that's what 93 United States senators, his own Attorney General, his own Vice President, governors and state officials in every battleground state have all said. He lost.

"That's what 81 million of you did as you voted for a new way forward.

"He has done what no president in American history, the history of this country, has ever ever done.

"He refused to accept the results of an election and the will of the American people."

Biden also said that the US must make sure that such an attack "never happens again" and that the country must decide what kind of nation it is going to be.

"Are we going to be a nation that lives not by the light of the truth but in the shadow of lies? We can not allow ourselves to be that kind of nation.

"The way forward is to recognise the truth and to live by it."

You can watch President Biden's remarks in full below.

Clip via The White House

popular
The JOE Movie Quiz: Week 173
QUIZ: Only the brightest will conquer this tricky General Knowledge Quiz
One of the most ridiculous blockbusters of recent years is among the movies on TV tonight
The JOE Friday Pub Quiz: Week 314
QUIZ: How well do you remember Avatar?
Jeffrey Dahmer’s dad thinks he knows what’s to blame for son becoming a serial killer
The JOE Music Quiz: Week 123
You may also like
5 days ago
NASA slams spacecraft into asteroid in first-ever 'earth-saving' effort
6 days ago
Man hasn't put arm down for 10 years - and this isn't even a world record
1 week ago
Madeleine McCann's parents lose legal challenge against detective
1 week ago
Donald Trump mocks Joe Biden for sitting 14 rows back at Queen Elizabeth's funeral
1 week ago
Apple set to raise App Store prices from next month
2 weeks ago
Editor-in-chief of Russian newspaper has mysteriously 'suffocated' on business trip
Next Page