Tánaiste Leo Varadkar has revealed that he wants to expire gardaí emergency powers as soon as possible and see people's "individual freedoms" restored.

When asked in the Dáil on Thursday by People Before Profit TD Mick Barry if he would be opposed to the proposed renewal of the powers granted to gardaí in June, Varadkar said "the sooner we can get rid of these laws the better".

END_OF_DOCUMENT_TOKEN_TO_BE_REPLACED

"Extraordinary powers have been given to the state during this pandemic. Young people up and down the country, but especially in working-class communities, are reporting an increased level of harassment by guards," Barry said.

"The Policing Authority in its latest report says young people were reported as believing that Covid-19 has been used by gardaí as an excuse to conduct more stops. The same report said that student groups described policing in the state as intimidating and negative.

"It is a fact that more than 50% of Covid fines have been handed out to those aged between 18 and 25.  It is also a fact that we have seen very heavy-handed policing in recent weeks against protests, not least against the Debenhams workers."

Barry told the Tánaiste that he doesn't want to see repression become "the new normal" and asked if the Government will be restoring the powers which are due to expire on 9 June.

"In a couple of weeks' time, these emergency laws face renewal. My question to you is this, I think they're dispraportionate and should not be renewed, we're not out of the woods yet on Covid, but repression should not be the new normal," Barry continued.

Varadkar said the pandemic has created an "unprecedented situation", while he did not confirm whether or not the powers will be restored, he did say he wants to see gardaí powers "returned to what they should be" as soon as possible.

END_OF_DOCUMENT_TOKEN_TO_BE_REPLACED

"This is an unprecedented situation, this is a pandemic, it's not over yet but as soon as we can expire those laws the better, in my view, cause I want to see people's individual freedoms restored - and garda powers returned to what they should be.

"I know you and I may come from a very different angle philosophically when it comes to politics, but I think we both share [the importance of] individual liberty and personal freedom, and the sooner we can get rid of these laws the better."

New powers were introduced last year in support of the public health restrictions on movement and gatherings.

The powers were introduced under section 31A of the Health Act of 1947, as inserted by the Health Preservation and Protection and other Emergency Measures in the Public Interest Act of 2020.

The purpose of these powers was said to be the protection of public health during the Covid-19 pandemic. 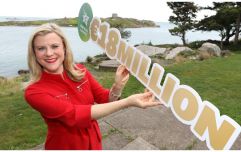 END_OF_DOCUMENT_TOKEN_TO_BE_REPLACED

The emergency powers given to An Garda Síochána are set to run out on 9 June, however, it is likely that the Government will meet before that date to extend them.

Taoiseach Micheál Martin said on Wednesday that there will be "full scrutiny" and a "full Dáil debate" ahead of any Government proposal to extend emergency powers over the coming weeks.

Bríd Smith, People Before Profit TD, asked the Taoiseach in the Dáil on Wednesday about plans to extend the proposal in 2021.

"The emergency powers handed to Gardaí last year are finally due to expire on 9 June, I'm assuming that the Government wants to extend these powers even further," Smith said.

"If that is so, will you at the very least insist that we have full scrutiny of such an advancement, and will you also create an all-party committee and have full Dáil debates here before emergency powers are extended?"

Martin didn't confirm if the powers would be restored, although, he did commit to a full debate and "full scrutiny" for any legislative proposal the Government introduce or extend in respect of Covid-19.

"Full scrutiny and there will be a full Dáil debate in terms of any legislative proposal the Government has in respect of the Health Act, and that act was necessary in respect of Covid-19."

The Big Reviewski || JOE · The Big Reviewski with Ray Liotta, Goodfellas facts & Tom Hanks making us cry
popular
Jason Byrne forced to cancel tour dates due to a heart condition
BBC reporter Phil McCann responds after going viral
PICS: The man with the biggest penis in the world has one unbelievable problem with it
The JOE Friday Pub Quiz: Week 262
QUIZ: The Ultimate Movie Gangster Quiz
The 50 most iconic songs of all time* have been revealed
BBC reporter covering petrol shortage called Phil McCann
You may also like
1 day ago
Taoiseach "concerned" about Brexit affecting Christmas deliveries to Ireland
1 day ago
There should be more bank holidays in Ireland to meet EU standards, argues TD
1 day ago
Tom Duffy's Circus looking to hire some clowns
1 day ago
Bord Gáis announces increase to household energy prices due to "all-time high cost of energy"
1 day ago
President Michael D Higgins calls for public support for 'Make Way Day'
2 days ago
A new bank holiday may be on the way as part of this year's Budget
Next Page