A Delaware truck driver has sued his doctor after a botched surgery gave him an erection that lasted for eight months.

Daniel Metzger, the unfortunate man in question, is suing his urologist, Dr. Thomas J. Desperito, as a result of getting a penile implant in 2009. It sounded like quite a procedure, as it involved a three-piece inflatable implant, a fluid reservoir implanted under the abdominal wall, and a pump put in the scrotum, according to Gawker.

It didn't quite go to plan though, as it seems that the procedure left him with a constant erection for eight months that simply wouldn't go away, and forced him to spend a lot more time indoors. 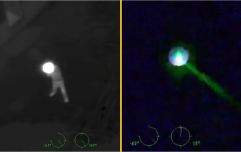 END_OF_DOCUMENT_TOKEN_TO_BE_REPLACED

Apparently, that wasn't the only nasty side-effect of the procedure, as it seems that his testicles also swelled to the size of a volleyball. Metzger decided to have the whole thing removed after it punctured his scrotum in 2010, which also seems like a hugely unpleasant experience.

Desperito is denying responsibility, claiming that undesired results are not always the fault of one particular doctor or procedure, but it sounds like his defence lawyer is facing stiff opposition from Metzger's team.

It's no laughing matter we suppose, imagine walking around with a constant boner for the best part of a year. Heading out on the pull would be seriously difficult work.

popular
QUIZ: Guess the movie from the movie poster
5 years ago, Hollywood took a massive gamble on a huge sequel... and lost big time
Nicola Bulley's phone found by the river 'could be a decoy', diving expert suggests
QUIZ: We bet you can't get full marks in this extremely frustrating geography quiz
One of the best crime thrillers ever is among the movies on TV tonight
The Last Of Us Episode Five will premiere days earlier in Ireland and UK
Woman dies from hypothermia after telling doctor she 'couldn't afford heating'
You may also like
1 week ago
Man wins $1m on lottery ticket after someone pushed in ahead of him in queue
1 month ago
Former cop who laced cupcakes with semen sentenced to 100 years jail
1 month ago
Jeremy Renner out of surgery but still in critical condition after snowploughing accident
2 months ago
'America's Unknown Child' identified solving mystery after 65 years
2 months ago
Man dies after falling into wood chipper outside Christmas lights display
2 months ago
Multiple people killed following shooting at American supermarket
Next Page