Student accommodation is a serious problem in Ireland at the moment.

Ireland is currently going through a housing crisis. On Sunday, you may have noticed an absolute travesty of a 'two-bedroom shared apartment', which perfectly epitomises the state of housing in the country.

And as dreadful as the situation is for the people of Ireland, it's especially difficult for students.

END_OF_DOCUMENT_TOKEN_TO_BE_REPLACED

Having completed an extremely difficult year and finished their Leaving Cert examinations, it is a real shame that students then have to worry about finding somewhere to live, while also ensuring that they're not paying a crazy amount to do so.

The situation has led to protests from students in recent times, including a protest by DCU students last year when the well-known Shanowen student accommodation were charging up to €10,000 on a nine-month lease for tiny apartments located beside the college.

Now it's Maynooth University standing up to these excessive prices.

Over the weekend, Maynooth Students Union President Leon Diop posted a message he had sent on Twitter in response to accommodation in Maynooth that was priced at €600 per month.

He informed the landlord that he would be removing their advertisement from a Maynooth students page, and told him that it would be posted again if the price was lowered so that it was made more affordable for students.

A landlord trying to charge €150 weekly in Maynooth. I remember a time when that was two weeks rent. Anyways low battery or not, tonight these landlords are getting HEAT. pic.twitter.com/UzTpPJKY3O

Speaking to JOE, Diop said: "Students are being extorted so much by landlords that they are now having to either commute ridiculous distances or can’t go to the college at all. On the other hand, some students are having to work 20-30 hours on top of their college work just to survive." 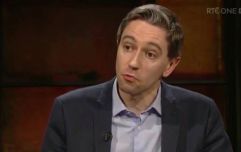 END_OF_DOCUMENT_TOKEN_TO_BE_REPLACED

"I’m an admin on the Maynooth students accommodation page and when I saw this landlord was trying to advertise for €600 a month I was furious. I just had to let them know it wasn’t on. There is a happy medium where students can afford accommodation and landlords can still make their money and at the minute it’s completely skewed."

popular
Netflix has just added an incredibly tense 97-minute thriller
Prime Video has just added 25 very big movies to its library
The Ultimate "That Actor From That Thing" Quiz
Stunning Mayo beach named the best place to swim in Ireland and the UK
The 50 most iconic songs of all time* have been revealed
WATCH: House of Hammer details the alleged crimes of award-winning actor Armie Hammer
Tarantino's sequel to Django Unchained is now officially dead
You may also like
2 months ago
Ireland's first ever "Bar Manager Apprenticeship Degree" to launch this week
11 months ago
Calling all students! Here's how you can get your weekly food shop for under €16 and win a €100 Lidl voucher
1 year ago
200,000 college students to return to campus from September with facilities fully open
1 year ago
GMIT President issues apology after video footage leaks of lecturers insulting students
1 year ago
NUI Galway Students’ Union calls for rent refunds
1 year ago
Calling all students! Boojum is giving away an ultimate student package worth €4,000
Next Page