"Eamon Ryan is a nice man, but he is ineffective."

Ryanair Chief Executive Michael O’Leary has slammed Eamon Ryan as “without doubt one of the worst transport ministers we’ve had in our history”.

O'Leary added that Ryan "is a nice man", but "ineffective", saying that he had been asking the Minister for a plan for the safe reopening of the aviation industry for a number of months.

END_OF_DOCUMENT_TOKEN_TO_BE_REPLACED

Speaking on Newstalk Breakfast on Monday, O'Leary said: "We have been calling on Eamon Ryan, who is without doubt one of the worst transport ministers we’ve ever had in our history, to come up with a plan."

"UK arrivals should be allowed in here without restriction from the end of May, from the first of June.

"That’s where most of our Irish people are working, living, it’s where we would be able to reunite… families and they will come in here with the benefit of 80% vaccination, they’re way ahead of us."

"And the EU arrival, and I think this is where I object to some of the NPHET’s kind of commentary. They keep classing international travel as one amorphous lump and it isn’t."

"EU arrivals should be allowed into Ireland, unrestricted, from the first of July, when Ireland will be about 80% vaccinated and most of Europe will be 80% vaccinated as well."

O'Leary said that he is "bitterly disappointed" with the situation in Ireland at present, adding "all we’re doing is saying Ireland is closed for business". 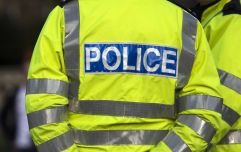 END_OF_DOCUMENT_TOKEN_TO_BE_REPLACED

O’Leary said that Irish people have been “ignoring the Government” and booking flights in June, as a number of passengers had already placed bookings with the airline for popular holiday destinations like Spain.

He added that the Government “keep deferring” to the National Public Health Emergency Team (NPHET), saying he would like to see them act in the best interest of all groups.

The Ryanair chief also said that Ireland's mandatory hotel quarantine system is “completely useless,” as variants such as the Indian and British strain had still entered the country.

The airline CEO also spoke about an incident that occurred on Sunday, where a journalist was removed by authorities on a Ryanair plane in Belarus,

The plane was flying from Greece to Lithuania, escorted by a Belarusian fighter jet. However, the flight was forced to divert from Minsk, where an opposition blogger, Roman Protasevich, was arrested.

END_OF_DOCUMENT_TOKEN_TO_BE_REPLACED

O'Leary described the incident as a "state-sponsored hijack", adding that the event is currently being investigated by the relevant authorities.

“We’re debriefing our crew, who did a phenomenal job to get that aircraft and almost all the passengers out of Minsk after six hours," he said.

O'Leary said that the incident was "very frightening" for passengers and crew, as they were held under armed guard and had their bags searched.

"It appears the intent of the authorities was to remove a journalist and his travelling companion… we believe there were some KGB agents offloaded at the airport as well," he continued.