The preferred route of the new MetroLink was released on Thursday afternoon by the National Transport Authority.

CLG Na Fianna, a GAA club based in Glasnevin, has released a statement that the proposed route of Dublin's new MetroLink will involve "the requisition" of several of the club's pitches as well as Home Farm Club's soccer pitch.

The statement, issued on Thursday afternoon, was a direct response to the National Transport Authority's release of their preferred route of Dublin's newest transport system; MetroLink. 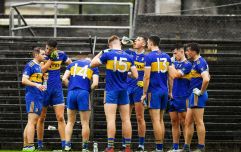 END_OF_DOCUMENT_TOKEN_TO_BE_REPLACED

The proposed route for the new metro would, according to Na Fianna, uproot the club's pitches to make way for the metro's construction.

Chairperson of the club, Cormac Ó Donnchú released a statement on their website shortly after information on the preferred MetroLink route was released, confirming the preferred route's potential impact on the club's pitches.

To follow on from yesterday’s communication, you may have seen that the new Metro Link’s Emerging Preferred Route (EPR) was made public at today’s media launch.

At a meeting in Mobhi Road on Tuesday night 20th March, members of the Na Fianna Club Executive were advised by representatives from Transport Infrastructure Ireland (TII) that the construction programme for the proposed Metro Link (formerly known as Metro North and due to commence in 2020), would involve the requisition of the front pitch and both all-weather pitches on Mobhi Road as well as Home Farm soccer pitch. The front pitch and both all-weather pitches as we currently now know them would become a Tunnel Boring Depot  for the duration of the Metro Link construction project, with a permanent underground station being situated under Mobhi Road upon completion.

The first contact that the Club had with TII was through a phone call received at approximately 4.30pm on Friday 16th March, bank holiday weekend. This was the first time the Club was alerted that the new Metro Project would have any implication for the Club. TII requested the meeting, mentioned above, where we were informed of the severe impact the proposed project would have on Na Fianna’s home.

The Club is naturally very concerned and alarmed with this news. We are also deeply disappointed by the lack of respect afforded that a decision of this magnitude was advised to CLG Na Fianna, less than 48 hours prior to the formal Government announcement.

The physical impact of this proposal on Na Fianna as we currently understand it will be; 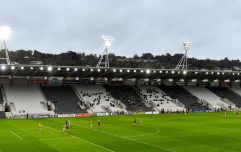 END_OF_DOCUMENT_TOKEN_TO_BE_REPLACED

Though significant, this pales in comparison to the potential irreparable damage to a generation of young Na Fianna members through having the heart and soul of our Club ripped out. Not to mention the inevitable fall-off in playing numbers among all age groups, through being deprived of suitable training and playing facilities.

The Executive Committee are fully aware that this development has huge implications for CLG Na Fianna and its members. CLG Na Fianna is currently examining the plans in detail, engaging with important stakeholders and exploring a range of possible actions. We would encourage all members to access the website (www.metrolink.ie), view the documents and to inform themselves as much as possible. A Members’ Information evening will be arranged in the coming weeks subject to the full facts of the proposal being examined and a suitable venue sourced, and out of this a strong unified approach will be adopted. Ní neart go cur le chéile.

The GAA family, including Croke Park and Dublin GAA have committed to full support for Na Fianna and its members. 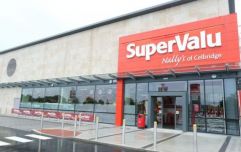 SuperValu, Centra and the GAA team up on initiative to support elderly people

END_OF_DOCUMENT_TOKEN_TO_BE_REPLACED

We have been through tough times together before. From our founding members’ first struggles to establish the Club in the face of overwhelming adversity, from the rebuilding of our clubhouse after its destruction, and the struggles we have overcome to build a state of the art facility, and not only sustain it, but have it as the beating heart of the community. We have been through tough times before, we will rise to this challenge and come through this together.

Please be assured that members will be kept up to date on progress and further communications will be issued as appropriate.

In the meantime normal service continues on Mobhi Road.

Purity of our hearts, strength of our limbs, action according to our words.

Fianna Fáil candidate Paul McAuliffe also took to Twitter to express his opinion on the issue. The Dublin City councillor for Glasnevin and Ballymun agreed that the proposed development would involve "huge implications for Na Fianna."

With todays announcement of MetroNorth preffered route. I have grave concerns about the removal of pitches at both @clgNaFianna and @Homefarm_FC on Mobhi Road. I will be meeting @TFIupdates today to discuss alternatives https://t.co/TsHEA8WFk3 pic.twitter.com/I56AUwxW1U

In a statement released on his website, McAuliffe confirmed that he is set to meet with the National Transport authority and Transport For Ireland in an attempt to negotiate the new metro's route and scale down the impact of the impending MetroLink route as much as possible.

“While there is no denying that an infrastructure project of this scale necessitates some inconvenience, the impact of this measure on both clubs cannot be understated.

“Na Fianna GAA Club and Homefarm FC have been in our community for over 60 years and every Saturday morning the pitches of both clubs are filled with children of all ages. Alternative locations to facilitate local club activity will certainly not be easily found.

“I will be meeting the NTA and TFI this afternoon in a bid to encourage all the stakeholders involved to examine alternative sites for use in the construction of the Metro North."

House of Rugby Ireland · Quinn Roux on finding a home in Ireland and Mike McCarthy brings the absolute HEAT!
popular
The JOE Movie Quiz: Week 85
The 50 most iconic songs of all time* have been revealed
20 of the best comedies to watch on Netflix right now
QUIZ: The JOE Music Quiz: Week 41
Gardaí warn of scam targeting AIB customers
The JOE Friday Pub Quiz: Week 227
Bernie Sanders is using his inauguration meme to raise money for charity
You may also like
7 months ago
What's the Bronco test and why it may come up in conversation this week
9 months ago
The Andy Moran GAA Isolation Workout
10 months ago
Meath GAA club confirm adult player has tested positive for coronavirus
1 year ago
SportsJOE presents The Great Debate
1 year ago
QUIZ: How good are you at first aid?
1 year ago
Nine injured in Enniskerry after GAA players fall from top of vehicle
Next Page