PICS: The new Garda uniform for 2022 has been revealed

You might notice a change on the streets very soon, as a new uniform for An Garda Síochána has just been unveiled.

The House of Garda revealed its Spring collection on Monday (7 February).

END_OF_DOCUMENT_TOKEN_TO_BE_REPLACED

The new operational uniform is set to be delivered to over 560 Garda stations nationwide, clothing over 13,000 members.

In the near-100 year history of An Garda Síochána, there have only been three formal upgrades to the uniform.

The new uniform will consist of:

END_OF_DOCUMENT_TOKEN_TO_BE_REPLACED

This is the first time that the uniform itself, rather than just the cap, will feature the Garda Crest.

The current cap remains in operation, along with wearing of official headwear for religious and cultural reasons and beliefs such as the Turban, Kufi, Topi, Kippah, or Hijab. 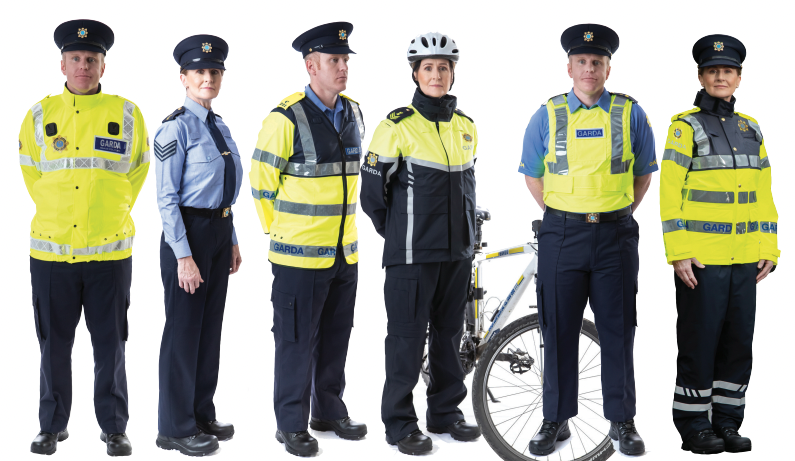 END_OF_DOCUMENT_TOKEN_TO_BE_REPLACED

"We are all working to ensure that Ireland’s national police and security service remains best placed to meet the needs of an evolving society, and embracing this re-designed, modern uniform is a visual representation of a new era in policing," said Garda Commissioner Harris in a foreword to members.

"It is my hope that in receiving this new uniform, it will further enhance your sense of pride in being a member of An Garda Síochána as you go about your day-to-day duties.

"Projecting a professional appearance and wearing the uniform of An Garda Síochána with the deep respect it deserves are important because they underscore our overarching mission: Keeping people safe."

Uniforms will first be delivered in the Dublin area, before moving nationwide.

popular
Netflix has just added one of the funniest shows of the last 10 years
Netflix has just added 12 very big movies to their library
Spielberg's best movie is among the movies on TV tonight
The JOE Friday Pub Quiz: Week 332
Police believe they know what happened to Nicola Bulley
QUIZ: Can you get 15/15 in this Irish general knowledge quiz?
The 50 most iconic songs of all time* have been revealed
You may also like
3 days ago
Dublin train station finally set to open after being built 14 years ago
3 days ago
Ireland seen as being among the top 10 least corrupt countries worldwide, new data shows
4 days ago
Leo Varadkar says alleged assault on migrant camp in Dublin has the 'look of' a racist attack
1 week ago
No plans to abolish homework, says Minister Foley
1 week ago
This is what the cheapest house for sale in Dublin looks like
1 week ago
NTA publish €25bn plan for new Luas lines and Metrolink in Dublin
Next Page