Incidences of violent crime against sex workers in Ireland have risen by 92% in the last two years.

It’s been two years since Ireland made it illegal to pay for sex. The law would, lobbyists insisted, decriminalise sex workers and would target pimps and buyers instead.

The Criminal Law (Sexual Offences) Act 2017, a version of 'end demand' or 'Nordic model' legislation, was supposed to take the spotlight off the workers but some in the industry have claimed the law has made things more dangerous than ever. 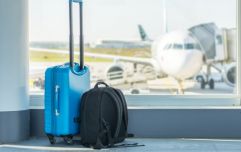 END_OF_DOCUMENT_TOKEN_TO_BE_REPLACED

The intention of the law was to end demand, but speaking on Ireland Unfiltered, Kate McGrew of Sex Workers Alliance Ireland said the law has resulted in sex workers being criminalised by proxy.

Supporters say it protects sex workers while reducing the demand for their services by targeting customers.

Critics of the law, such as McGrew, say it is more dangerous as sex workers are now unable to work in pairs under the new law - which many would have done for safety prior to its introduction - for fear of being charged with working in a brothel.

It also places barriers to sex workers reporting crimes to members of the Gardaí.

“A worker is less likely [to report violence],” McGrew said.

“Even if she’s working alone now, she would be less likely to report violence or interact with support services or Gardaí because now at the very least she doesn’t want people to know that she is a sex worker because she would understandably be afraid that even if she approached a Gardaí as a victim of crime that the guards are going to go 'Hmmm, hey but now we know where to go to arrest clients.'

“That’s one small example. There are many other ways to sort of describe how basically the worker is sort of squeezed by this law. The client calls the shots. He says, ‘I don’t want to come to your workplace. I’m afraid that your place is under surveillance.’ 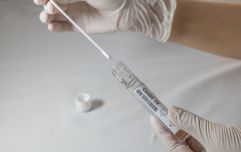 END_OF_DOCUMENT_TOKEN_TO_BE_REPLACED

“I mean they are encouraging Gardaí to do what they’re doing which is surveil our homes and workspaces. So he says 'I don’t want to go there, you have to come to me' which is less safe for us to be doing outcalls.”

Reported incidences of crime and violent crime against sex workers have risen, according to UglyMugs.ie, an organisation that collates reports from those working in the sex industry in Ireland.

You can listen to Kate McGrew's full interview on Ireland Unfiltered below.

The Big Reviewski || JOE · TBR Spotlight: Loki - Episode Two - 'The Variant'
popular
Leo Varadkar told he has "seen the light" after being "an enthusiastic Tory fiscal conservative for his entire life"
Irish employers urged to introduce four-day working week for employees next year
The Ultimate Robert De Niro Quiz
Minister says it's not guaranteed non-essential travel restrictions will be lifted on 19 July
A Murder in West Cork review: New doc series fixes one of Netflix's biggest problems
Public warned about another sophisticated phone scam doing the rounds
The 50 most iconic songs of all time* have been revealed
You may also like
3 hours ago
Micheál Martin says Gardaí "are not baton charging people all over the country" during heated debate in Dáil
4 hours ago
NPHET member warns 5 July indoor dining reopening could be "a recipe for problems" amid Delta variant concerns
5 hours ago
Jeffrey Donaldson is to become the new DUP leader
6 hours ago
Rodent infestations are on the rise in Ireland over the past four months
8 hours ago
Indoor pubs and restaurants "still on track" to open in two weeks despite Delta variant, says Leo Varadkar
8 hours ago
Irish employers urged to introduce four-day working week for employees next year
Next Page