Brought to you by The Liquor Rooms.

It's gonna be a New Orleans New Year!

Well, one Dublin venue is offering you an easy way to break away from your boring New Year’s tradition by bringing the Big Easy to town. This year The Liquor Rooms are offering up a pretty novel alternative by throwing a New Orleans-themed Party.

They'll be bringing Bourbon Street to this quayside institution for the night with a mix of big brass band sounds, beats and beads. The underground lair will be decked out with all the trimmings of the iconic southern city.

There'll be a proper brass band funeral procession moving through the venue, headed by Cooks but We're Chefs. DJ Graham Dolan will also be delivering more music from the Big Easy to you on the decks. 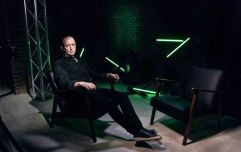 END_OF_DOCUMENT_TOKEN_TO_BE_REPLACED

You're probably going to want a libation or two on such a big night. Given the name of the bar, you can expect to be provided with the best selection of drinks around, served by award-winning cocktail craftsmen and women. It promises to be a heady night of music, mojo and perfectly mixed drinks.

Shake up your New Year's and dance 2017 away in this subterranean, southern setting. Doors open at 7pm and tickets are available here for €15.

Brought to you by The Liquor Rooms.