It's the morning after the night before and there are likely a lot of sore heads in the country right about now.

While Friday wasn't quite 'Freedom Day' in the end – not least because of fresh confusion over how the nightlife sector is supposed to operate – there was a visibly huge response to the return of nightclubs.

END_OF_DOCUMENT_TOKEN_TO_BE_REPLACED

In footage shared via social media, nightclub queues across the country stretched far and wide, though it was the ones based in the capital that raised the most eyebrows.

Dublin staple Copper Face Jacks boasted a colossal queue well before 9pm on Friday as eager punters lined up on Harcourt Street to finally get back into the venue after 19 months.

Lads! 7.30 and the queue is 90. Young bucks who’ve yet to darkened the door. Coppers is back. #coppers #shift #FreedomDay pic.twitter.com/YlqgBS0j6R

Shortly after 6pm on Friday – with mere hours to go before nightclubs threw open their various doors – news broke that clubs and events must now be strictly ticket-only affairs in line with the latest health guidelines.

The ticket-only element is expected to come into effect after the bank holiday weekend. 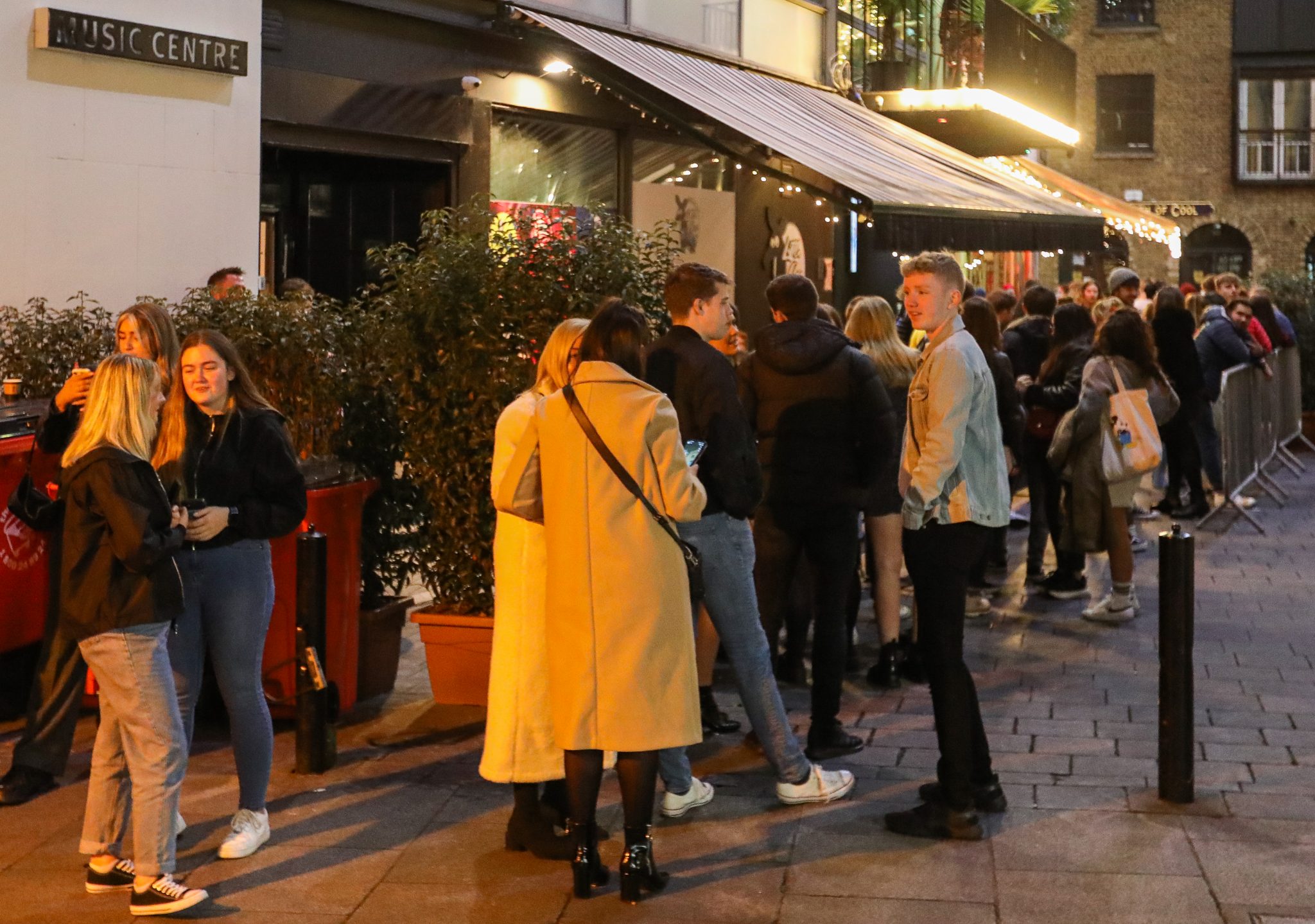 END_OF_DOCUMENT_TOKEN_TO_BE_REPLACED

The last-minute change – and the general communication from Government to the nightlife sector this week – drew a fiery response from the Vintners' Federation of Ireland.

"When it comes to reopening guidelines for the late night sector the government appear to be all over the place with no practical knowledge of how the sector operates," said VFI Chief Executive Padraig Cribben.

"This really has been a shambolic process from the press conference last Tuesday to this last-minute senseless u-turn," he added.

popular
Met Éireann issues weather warning for three counties
An underrated Jason Statham thriller is among the movies on TV tonight
QUIZ: Take your very best shot in this tough General Knowledge Quiz
QUIZ: Can you conquer this delightfully difficult General Knowledge Quiz?
The 50 most iconic songs of all time* have been revealed
The JOE Friday Pub Quiz: Week 300 - the Triple Century
The JOE Movie Quiz: Week 160
You may also like
2 days ago
Rain and thunderstorm warning extended to include 15 counties
2 days ago
Eamon Ryan says army could be called on to help combat Dublin Airport delays
2 days ago
Man injured following shooting on Dublin's South Circular Road
2 days ago
Outlook is grim but "we can still avoid a recession" says Paschal Donohoe
2 days ago
Garda Extradition Unit arrests 12 fugitives in connection with murder and drug trafficking offences
2 days ago
Met Éireann gives update on weather warnings for this weekend
Next Page