It’s official, Irish people have one of the best chances of surviving an apocalypse

The researchers said that civilisation “is in a perilous state" and could see a worldwide breakdown in "a few decades".

Ireland has been listed among the top five nations most likely to survive the collapse of global civilisation, according to a new study.

Researchers from the study published in the Journal of Sustainability say a worldwide breakdown could be triggered "within a few decades", adding that civilisation is "in a perilous state" with "large and growing risks". 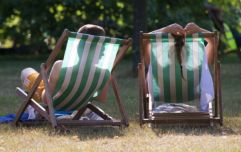 END_OF_DOCUMENT_TOKEN_TO_BE_REPLACED

Due to limited resources, population growth, global warming and a number of other factors, the researchers believe that civilisation could collapse in a number of decades.

The researchers warned that food shortages, a financial crisis and a pandemic have all occured in recent years, which could spell bad news for society should they all occur at the same time at some point in the future.

The best place to be during a collapse of civilisation is an island according to the researchers from the Global Sustainability Institute at Anglia Ruskin University in Cambridge.

For the study, countries were ranked based on their ability to protect their borders, maintain an electrical grid and manufacturing abilities, and to grow and produce food, with New Zealand topping the list. 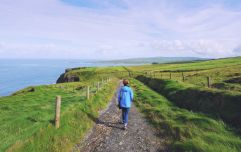 Walking trails across Ireland to receive almost €1 million in funding

END_OF_DOCUMENT_TOKEN_TO_BE_REPLACED

The researchers said that human civilisation is “in a perilous state” with "large and growing risks developing in multiple spheres of the human endeavour".

They say that this may be due to the development of a highly "energy-intensive" society and the enivornmental damage caused by this.

“The globe-spanning, energy-intensive industrial civilisation that characterises the modern era represents an anomalous situation when it is considered against the majority of human history," the study said. 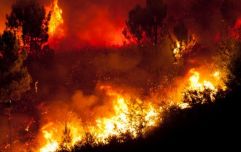 END_OF_DOCUMENT_TOKEN_TO_BE_REPLACED

"Human civilisation has undergone a continuous trajectory of rising sociopolitical complexity since its inception; a trend which has undergone a dramatic recent acceleration. This phenomenon has resulted in increasingly severe perturbation of the Earth System, manifesting recently as global-scale effects such as climate change.

"These effects create an increased risk of a global ‘de-complexification’ (collapse) event in which complexity could undergo widespread reversal."