Pic: The 404 Error page on Hillary Clinton's presidential campaign website is a dinger

Who said she doesn't have a sense of humour?

We're sure she's a perfectly nice lady and all, but it's probably fair to say that Hillary Clinton doesn't exactly have a reputation for being a barrel of laughs.

Given what her husband has gotten up to over the years, some would say that's understandable but that's beside the point for now.

Hillary announced over the weekend that she'll be running for the US Presidency next year and while doing so is a very serious business, there's some much-needed light hearted relief to be found if you get a little lost over on her website. 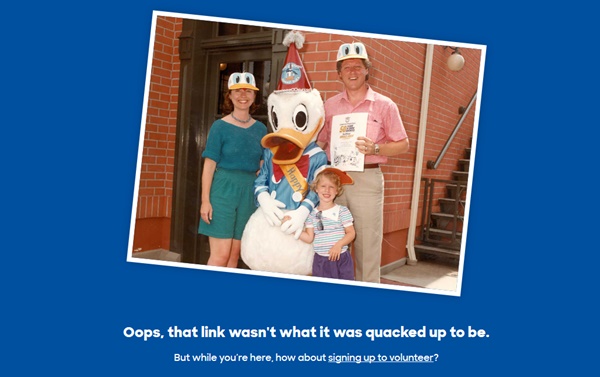 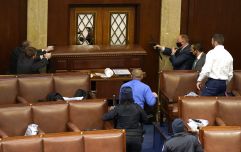 END_OF_DOCUMENT_TOKEN_TO_BE_REPLACED

The picture on its own is gold, but when combined with the 'quacked up to be' pun it's nothing short of magnificent.

Obviously, Hillary isn't afraid to have a laugh at her own expense and we're sure Chelsea will be only too delighted that her mother has decided to release this picture into the public domain.

Don't worry Chelsea, there are two people in the picture that look more ridiculous than you and we're not even talking about the duck.

Advertisement
House of Rugby Ireland · Quinn Roux on finding a home in Ireland and Mike McCarthy brings the absolute HEAT!
popular
The JOE Movie Quiz: Week 86
Majority of English people 'pleased' or 'not bothered' by prospect of united Ireland
The 50 most iconic songs of all time* have been revealed
Ireland adores Leitrim hurler Zak Moradi on Tommy Tiernan show
The JOE Movie Quiz: Week 85
PICS: The man with the biggest penis in the world has one unbelievable problem with it
Warner Bros. plan new Harry Potter movie and they want Daniel Radcliffe to star in it (Report)
You may also like
1 month ago
Four people stabbed and one person shot as pro-Trump supporters and opponents clash
2 months ago
QUIZ: Can you name all the US States that contain 8 letters?
2 months ago
QUIZ: Can you name all the US states with a smaller population than Ireland?
2 months ago
QUIZ: Can you identify these US cities on a map?
3 months ago
Donald Trump’s drive-by greeting of supporters outside hospital described as “insanity” by hospital doctor
3 months ago
America the loser as Trump and Biden slug out pitiful draw
Next Page